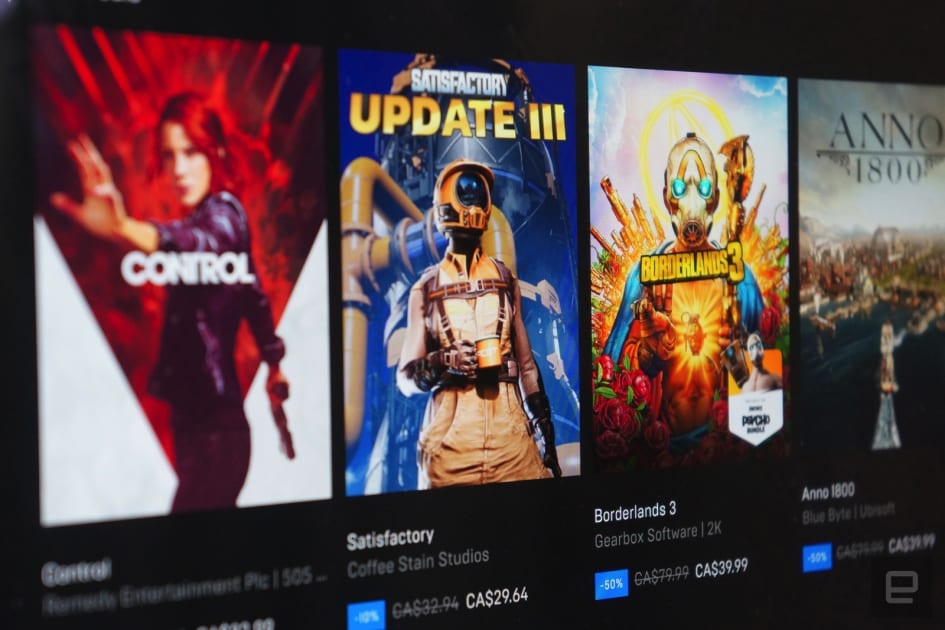 Epic Games is still busy adding helpful (and occasionally overdue) features to its online store. The gaming giant recently introduced self-serve refunds that save the hassle of waiting for your request to be processed. You’ll still have to request a refund within two weeks, and can’t have played more than two hours (or received a ban during those two hours), but you should get your money back quickly.

The update comes right as shoppers have noticed that Epic is automatically issuing partial refunds if a game goes on sale shortly after you buy it. You won’t have to worry quite so much about overpaying for a title.

There are some changes that may affect you even if you’re not experiencing buyer’s remorse. The Epic Games Launcher has been changed to warn you if you’re launching a game you don’t own, although it will store your owned titles in memory so that you’re not locked out of a game when you’re offline. You can limit bandwidth for game updates if it tends to choke your connection. And you can now buy Epic Games Store titles from third-party stores like Fanatical, Genba Digital and Green Man Gaming just by linking your Epic account, rather than a key. That’s partly to discourage key resales, but it also saves you time when you just want to start playing.

There are still useful features in the pipeline, including a mod marketplace and an achievement system. These additions probably won’t change your mind about Epic’s shop. They might, however, add some reassurances if you’re willing to try Epic’s game portal.

epic games store, Epic Games, games, video games, refund, Refunds, news, gaming
All products recommended by Engadget are selected by our editorial team, independent of our parent company. Some of our stories include affiliate links. If you buy something through one of these links, we may earn an affiliate commission.