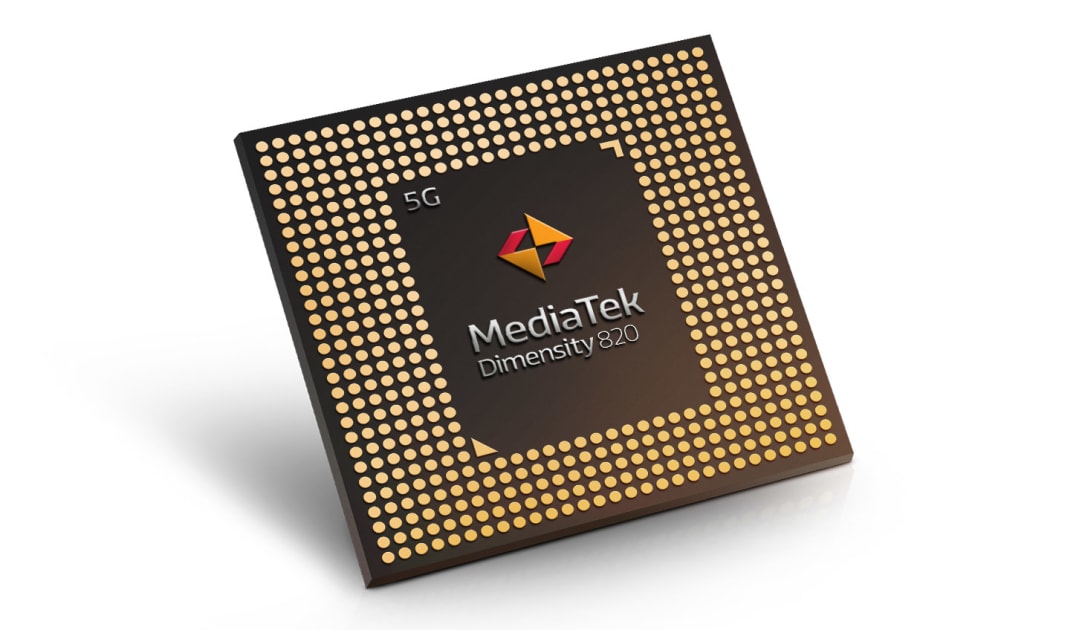 MediaTek is trying to make 5G more accessible on less-than-flagship phones with the launch of the Dimensity 820 processor. It has the latest carrier aggregation tech that offers improved coverage and seamless handovers between 5G coverage areas, faster download speeds, dual-SIM tech and voice over new radio (VoNR), the 5G equivalent to VoLTE tech. In other words, it has some of the most advanced sub-6Ghz 5G tech around for Asia, North America and Europe, built into a mid-to-high-end processor.

It’s just a step down from MediaTek’s Dimensity 1000 chip performance-wise, with four Arm Cortex-A76 (rather than A77) cores running at up to 2.6 Ghz, along with four 2.0 Ghz Cortex-A55 cores and a five-core Arm Mali-G57 GPU. It also has MediaTek’s APU 3.0 AI processing unit for facial recognition and other functions, along with 4K HDR video recording and HDR10+ media playback. It supports up to 80-megapixel cameras and 120Hz displays, along with improved gaming performance via MediaTek’s HyperEngine 2.0.

The Dimensity 820 looks like a pretty powerful processor with built-in 5G tech that’s on par with what Qualcomm offers on its Snapdragon 765 chips. MediaTek didn’t specify a release date, but it’s likely to appear soon in phones from manufacturers like Xiaomi, Oppo and Motorola.

MediaTek, Dimensity 820, processory, smartphones, mobile, 5G, carrier aggregation, sub-6mm, dual SIM, news, gear
All products recommended by Engadget are selected by our editorial team, independent of our parent company. Some of our stories include affiliate links. If you buy something through one of these links, we may earn an affiliate commission.