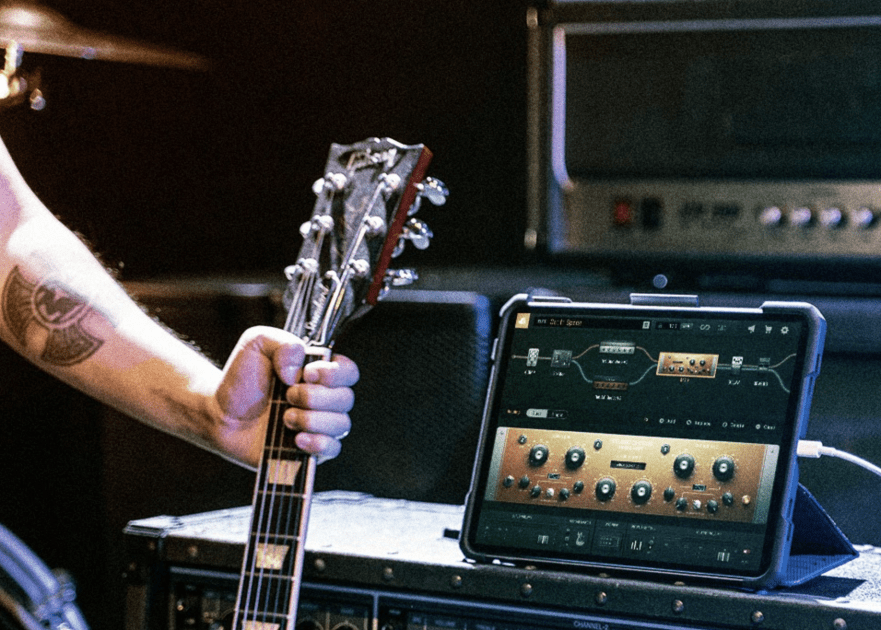 Positive Grid’s Bias FX Mobile app for iOS lets you plug in your guitar and sculpt out a custom tone. Today, the company released a new version of the software — and the update contains more than just a few tweaks. The sounds engine of Bias FX 2 has been rebuilt from the ground up, and a variety of features add new ways to tweak your tone ad infinitum as well as, you know, actually play.

Like before, you can choose from a variety of classic amplifiers and effects pedals, but now you can also shape the tone of your guitar itself. If you’re playing a Les Paul, for example, Bias FX 2’s Guitar Match can sculpt out those wooly lows and punch up the mids to help your guitar sound a bit more like a PRS. The new looper should help with practicing, as well as building up a wall of sound. A redesigned LiveView mode lets you switch your entire rig with a single tap and no latency, which should be very useful when you want to switch from a clean passage to monstrous power chords.

Bias FX 2 of course comes with new amps and effects, and you can tap into Positive Grid’s ToneCloud, which hosts thousands of presets from pros and users. The app is free to start, but only comes with a handful of amps, cabs and pedals. Higher tiers unlock more tones and features, and an early bird price of $70 will get you the full Bias FX 2 suite, though the price will eventually go up to $100. The app could be a good way to experiment with a big variety of guitar tones and effects without buying all sorts of DAW plugins — or real gear. One thing’s for certain — we’ve come a long way from the Line 6 Pod.

positive grid, bias fx 2 mobile, bias fx 2, ios, apps, music, music production, guitar, amp simulator, news, gear
All products recommended by Engadget are selected by our editorial team, independent of our parent company. Some of our stories include affiliate links. If you buy something through one of these links, we may earn an affiliate commission.