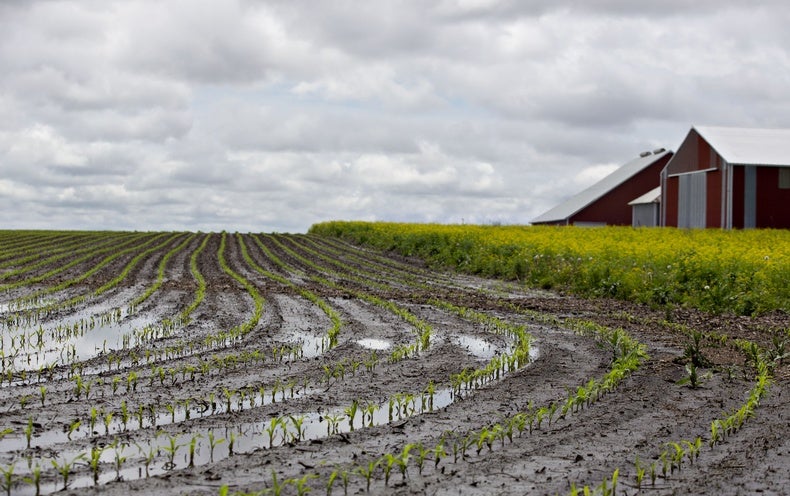 Farmers have been warned for years that climate change will disrupt growing conditions and crop yields.

Pennsylvania State University researchers released findings this week suggesting those changes could come within the lifetimes of many current farmers and that warming could have major implications for the Corn Belt, the heart of the U.S. agricultural economy.

Moreover, the research shows the core Corn Belt states may no longer represent the center of American corn and soybean production, and that more suitable conditions for the commodity crops may shift northward from Illinois and Iowa to Minnesota and the Dakotas.

The researchers conclude that such a shift “is in progress, and there is a strong probability it will continue,” according to an analysis published in Environmental Research Letters.

The study, which relies on advanced modeling using artificial intelligence and machine learning, does not conclude that corn and soybean production will cease in traditional growing regions of the Midwest. Rather, it signals that farmers will need to adapt to changing conditions over the next several decades.

“We’re not suggesting that such a shift would be a catastrophe,” said Armen Kemanian, associate professor of production systems and modeling at Penn State’s College of Agricultural Sciences. “The changes are likely to be gradual, and farmers and the supply chain should be able to adapt. But things will change.”

Farmers already besieged by extreme weather and economic strain may need to adopt farming practices and other adaptive measures. They might plant two crops in a year, for example, or grow a greater diversity of crops instead of the long-standing practice of rotating between corn and soybeans, the researchers said.

Three crops evaluated in the study—corn, soybeans and sorghum—“have distinct responses to humidity and temperature,” according to lead researcher Alexis Hoffman. In general, corn needs more humidity, sorghum tolerates higher temperatures, and soybeans need a combination of both.

How temperature and humidity conditions change across geographic regions will help determine where different crops perform the best. The findings further showed that the most suitable growing conditions for corn and soybeans under various climate change scenarios would “become narrower and move north from current conditions.”

Seth Meyer, a research professor and associate director of the Food and Agricultural Policy Research Institute at the University of Missouri, said the findings suggest that Midwestern farmers could experience “a big shift” in geography and climate conditions in the future, but that technological advances in seed varieties allow corn and soybeans to grow outside their traditional areas.

He also noted that farmers have been resilient to extreme weather events but added, “From what I know, the bigger [climate] impacts are yet to come.”

Nathan Fields, vice president for production and sustainability at the National Corn Growers Association, said the study’s results are consistent with the association’s own research and that “it’s an undeniable truth” that crop-growing conditions are changing due to climate change.

He also said that changing climate conditions—particularly with respect to temperature and soil conditions—can have positive or negative impacts on farmers. For example, a warmer climate could extend the growing season and allow farmers to increase yields. But changing conditions could also create more suitable environments for weeds and harmful insects.

“Growers in Iowa don’t usually have the same problems as growers in the Mississippi Delta, but they may soon,” he added.