Even if I have to save from now until I’m 60, I really want to be a space tourist. And we’re getting a little closer.

On Memorial Day, Virgin Orbit’s first launch demonstration ended unremarkably. The spaceflight firm reported a “clean release” of LauncherOne from the Cosmic Girl host aircraft, but the rocket’s journey “terminated shortly into the flight.” In other words, LauncherOne didn’t have a realistic chance of reaching orbit.

This was the first time anyone had lit up a liquid-fueled rocket at high altitude in a horizontal position, and it wasn’t clear if the rocket would last more than a brief moment, let alone get to orbit.

Virgin Orbit CEO Dan Hart said, after the launch demo: “We took a big step forward today. Our engineers are already poring through the data. Our next rocket is waiting. We will learn, adjust and begin preparing for our next test, which is coming up soon.”

Our space-tourist dreams are coming — they just need a little more time, I hope.

Grills, gadgets and a… vacuum sealer?

Okay, so the newsletter might have missed this guide in time for Memorial Day, but the great season of BBQ is upon us, so there’s no better time for Billy Steele, Engadget’s cooked meat maven, to guide you through the best tech upgrades from grilling, cooking and sous-vide… ing? Continue reading.

Sony’s flagship Xperia 1 II smartphone will ship on July 24th for an eye-watering $1,199 in the US, the company announced. Pre-orders open up on June 1st, and if you buy before June 28th, you’ll get a pretty nice gift: a free pair of Sony’s excellent WF-1000XM3 noise-canceling wireless earbuds.

The Xperia 1 II has a big 6.5-inch 21:9 4K HDR OLED screen, and you can even use it as an external display for select Sony cameras. The phone itself packs a triple camera setup developed with the engineers behind Sony’s A7 III and other popular mirrorless cameras. The three 12-megapixel cameras (wide, ultrawide and zoom) can shoot at up to 20 fps in burst mode with autofocus and auto-exposure enabled, making it suitable for action and sports shooting. It can also do human/animal eye-tracking and comes with pro photography and movie settings to give you full manual control. Continue reading.

Star Citizen was first announced through Kickstarter in 2012 and raised over $2 million. The crowdfunding campaign then continued on its official website and has pulled in more than $286 million to date. I’m not even joking.

As funds and backers have increased, so have Star Citizen‘s scope and ambitions, forcing the company to push back its official release date and appease backers with smaller alpha builds.

If you’re curious about the state of the game, good news: It’s currently free to play. Developer Cloud Imperium Games is running a two-week ‘Free Fly’ event to celebrate its fictional Invictus Launch Week. Until June 2nd, anyone can sign up for an account and test-fly some fictional spaceships. Continue reading.

Save big on top software this Memorial Day 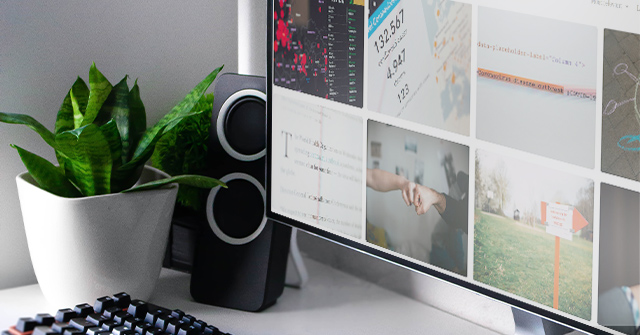 ‘Call of Duty: WWII’ is the next free PS Plus game, and it arrives tomorrow

Free games? Still trapped indoors? Here we go. Sony is releasing its next free PS Plus title a bit early. And it’s a pretty big one — subscribers can snag Call of Duty: WWII at no extra cost, starting tomorrow. It’s certainly an improvement from its May lineup, which included Cities: Skylines and Farming Simulator 19. Continue reading.

Making an indie phone is not for the faint-hearted

It’s not impossible, but it might as well be.

Apple and Samsung make the most popular phones in the world. They’re all smartphones, and they have a lot more in common with each other.

Phones got samey and very large — and that’s inspired smaller companies to make more niche phones. But when was the last time you saw someone with something like a Nextbit Robin, a Yotaphone or a Fairphone?

Despite these alternative companies struggling to find a place to sell their phones (or an audience to buy them), there’s a rising trend of individuals picking up the baton. What if you or I wanted to make a phone? Is it even possible? Maybe, but not without many, many challenges. James Trew tackles the world of the indie phone — and devices you’ve probably never even heard of. Continue reading.

How to reverse-engineer a rainforest