Apple TV Plus acquires past Fraggle Rock seasons ahead of reboot 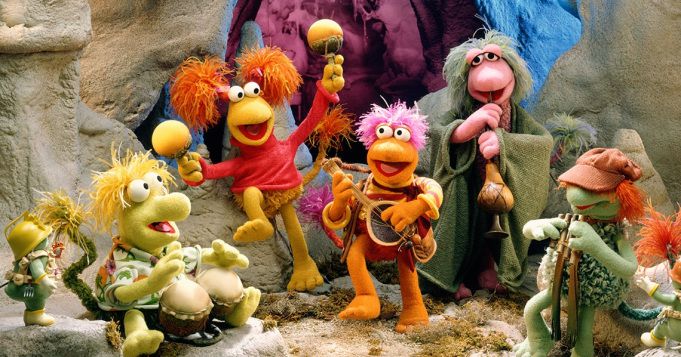 Apple is acquiring Fraggle Rock’s past TV seasons ahead of a new reboot set to land on Apple TV Plus, signaling a potential strategy shift for a service that has thus far relied entirely on original content.

The new Fraggle Rock reboot is being created in partnership with the Jim Henson Company and will bring back characters from the original series “for new songs and adventures, with the same spirit as the classic,” according to a press release. Apple doesn’t mention the licensing deal, but all 96 episodes that aired between 1983 and 1987 are currently available to stream. Vulture first reported the addition on Tuesday.

A Fraggle Rock reboot isn’t too surprising; Apple cited the “global fandom” around its Fraggle Rock: Rock On! shorts as proof that people were interested in the show, but that’s hard to prove without viewership numbers, which Apple hasn’t released. Still, having a show with a recognizable name like Fraggle Rock as part of its entertainment lineup makes sense for Apple.

Acquiring the rights to past seasons also makes sense. Apple bringing licensed content onto Apple TV Plus — something the company adamantly didn’t incorporate into its original strategy — could help solve some of the streaming service’s issues. Having that additional content gives people more of a reason to stick around instead of relying on a sparser offering built on the backs of originals. Plus, being able to bring in recognizable franchise names helps Apple build its IP offerings, similar to what HBO Max, Disney Plus, and Peacock are doing.

The question is how far Apple’s acquisition strategy will go. Recent reports from Bloomberg and Vulture suggest that Apple is interested in acquiring titles that directly relate to new projects it’s developing. As Josef Adalian reported in Vulture this week, with big studios like Disney, WarnerMedia, and NBCUniversal “looking to keep their best and biggest titles for their own streaming platforms, there simply aren’t enough great titles around” to justify making a play for a traditional library of licensed content. Instead, it makes more sense for Apple to look at acquiring full libraries for shows it wants to reboot — keeping everything in one place makes for a better consumer experience.

“So were Apple to end up doing a deal for the rights to the James Bond franchise (something which has been buzzed about since at least 2017), the company would also likely try to get the back library of Bond films so it could market itself as the home for all things 007,” Adalian wrote.

Apple, like all streaming players right now, is making licensing bets where they make sense. Apple isn’t about to try to use Netflix’s licensing strategy, which helped the general entertainment platform catapult into a behemoth, for its own gain. As Apple figures out which properties make the most sense to either resurrect, remake, or reboot, building out full collections is a smart play.

Apple isn’t calling this a strategy shift — but it is one. Apple TV Plus launched without any licensed content, and CEO Tim Cook reiterated at a shareholders meeting in February that Apple TV Plus wasn’t about hosting older series or films, specifically saying that’s “not what ‌Apple TV‌ Plus is about.” Cook restated that Apple TV Plus is “about original programming.”

“It doesn’t feel right for Apple to just go out and take a rerun,” Cook said.

Now the caveat seems to be if that original programming is based on an older series or movie, it’s likely that collection will wind up on Apple TV Plus.