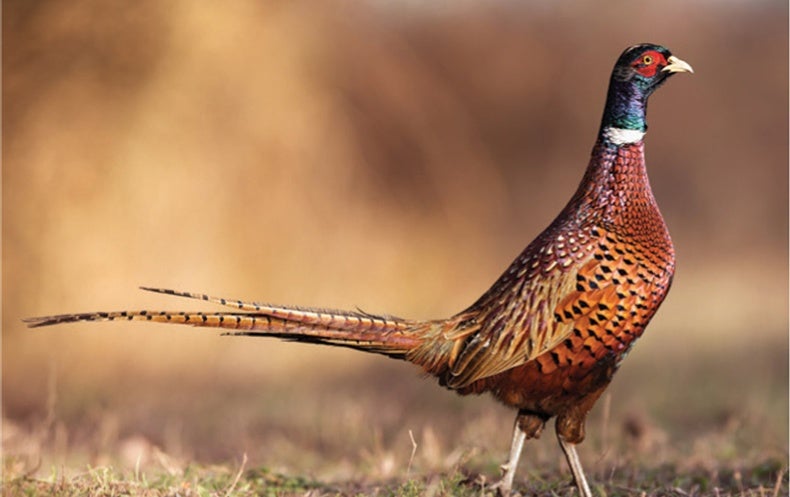 Chickens are by far the most numerous birds on the planet, with a population of around 23 billion. But new research suggests that another species was once a strong contender to become the world’s favorite poultry: ancient bird remains in China have turned out to be not from the first domesticated chickens, as researchers long assumed, but from pheasants. The study further indicates that wild pheasants lived side by side with people, shedding light on the early domestication process.

“It’s uncommon for us to have evidence of deer, for example, living with hunter-gatherers,” says Loukas Barton, an archaeologist at California-based environmental consulting firm Dudek. “But in this case, we see what otherwise is considered a wild animal living in the human biome.” Barton is lead author on the study, published in February in Scientific Reports.

Most archaeologists had assumed that bird bones found with those of pigs and dogs, along with agricultural tools, at 8,000-year-old sites in northern China were the earliest evidence of chicken domestication. But many wondered how red jungle fowl—known to be chickens’ wild ancestors—could suddenly appear more than 1,000 miles from their native range in Southeast Asia. In 2015 researchers raised the possibility that the bones belonged to pheasants, which are native to northern China.

For a definitive answer, Barton and his colleagues analyzed the bones of eight birds found at Gansu Province’s 7,500-year-old Neolithic Dadiwan site that were previously identified as chickens. Researchers at the University of Oklahoma used two different methods, including sequencing the full mitochondrial genome, to genetically confirm that the bones belonged to pheasants.

Biochemistry tests revealed that these pheasants subsisted on a diet heavy in millet, a human-grown crop, suggesting that the birds lived alongside people year-round—a first step toward domestication. Barton says the process likely paralleled early chicken domestication: wild birds started interacting closely with humans and eventually formed lasting, interdependent relationships with them. True domestication, however, entails physical or genetic change brought about by artificial human selection; the ancient pheasant genomes match modern ones, so these birds were still technically “wild.”

Yu Dong, a geneticist at Shandong University in China, who was not involved in the research, says these “very important” findings provide significant insight into the history of domestication. She wonders, though, whether Neolithic people would have been likely to welcome pheasants. “In many places nowadays,” Dong notes, “a net is put up in fields to prevent birds from eating up crops.”

Barton says humans probably considered pheasants a good meat source. But he suspects that pheasants’ intermittent egg laying may be why the more consistent chicken was ultimately domesticated instead—perhaps explaining, he says, “why today we don’t eat Kentucky Fried Pheasant.”