The Morning After: SpaceX Crew Dragon launch delayed due to bad weather

Now that HBO Max is here, what do you think? If you’re not sure what it is or whether you have access, Billy Steele has a complete breakdown of what to expect right now. A last-minute deal added access for Comcast customers, but Warner isn’t playing ball with anyone’s “Channels” setup. On Apple TV, the Channels section now points to its HBO Max app, and on Roku and Fire TV, there’s no HBO Max app at all — yet.

Time may address squabbles over availability and some of the more confusing content holes in its library (where’s the 4K?), but this is going to be an adjustment for everyone.

SpaceX’s first crewed mission to the ISS is scrubbed

A second attempt is scheduled for Saturday.

The one thing that SpaceX and NASA can’t control is the weather, and that was enough to scratch the planned Crew Dragon launch on Wednesday afternoon. With an instantaneous launch window, they couldn’t wait to see if things would clear up and called it with 15 minutes to go on the countdown clock. The next possible launch date is May 30th at 3:22 PM ET, so stay tuned.
Continue reading.

According to a Bloomberg report, Sony is preparing to offer its first proper look at PS5 games on June 3rd. If the company does hold a game reveal stream next week, it probably won’t be too comprehensive either. Sony isn’t likely “to reveal every essential detail on the console” during the event, according to the report. It may hold more events in the coming months to trickle out PS5 news. It could well hold off on revealing the console’s design until later.
Continue reading.

The company said it is selling a limited run of “formerly damaged” iPhone 11 Pros with 256GB. The phones have been repaired and “gold-plated.” Though if they’re anything like the Escobar Fold 2 (aka Galaxy Fold) that came out, that gold-plating is more like a foil sticker.
Continue reading.

7 deals to help you work from home like a pro 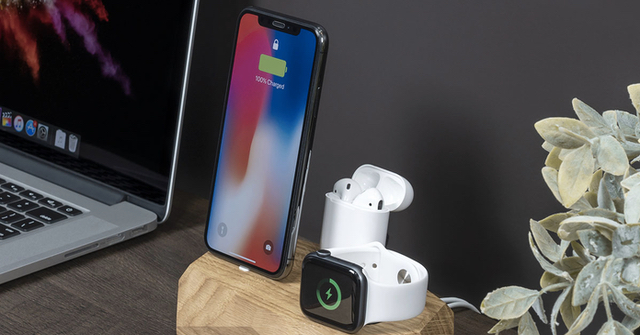 The Samsung card has arrived

It’s challenging Apple and Google in the virtual banking world.

The tech giant has introduced Samsung Money, a SoFi-powered “money management experience” that combines a Mastercard debit card (issued by Bancorp) with a cash management account. Not surprisingly, it integrates tightly with Samsung Pay. You get a virtual card in Pay as soon as you sign up, and you can activate the physical card by tapping it.

Technical hooks aside, why get one? You’ll be able to earn Samsung Rewards points for every purchase you make with the card using Samsung Pay, and “loyal” users with over 1,000 points can convert them to cash. You won’t deal with account fees or even some ATM fees (they’re reimbursed at 55,000 locations), and there are promises of “higher-interest earning.”

That is, of course, when it eventually lands, later this summer.
Continue reading.

Twitter’s first fact-check of Trump was a gutless one

Tesla slashes EV prices by up to $5,000 in North America and China