Coronavirus Roundup, May 23-May 29 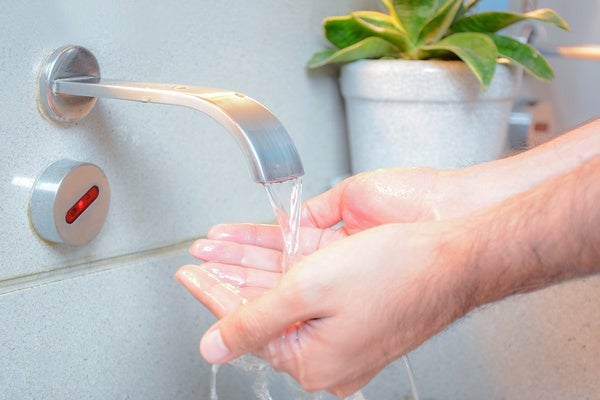 The items below are highlights from the newsletter, “Smart, useful, science stuff about COVID-19.” To receive newsletter issues daily in your inbox, sign-up here.

Wastewater testing for genetic snippets of the new coronavirus is “gaining traction” as an early warning approach for outbreaks, reports Sharon Begley for STAT (5/28/20). The approach already is being used or tested for its effectiveness in Finland, Germany, the Netherlands, and by utilities in 42 U.S. states including Oregon, Virginia, Massachusetts, and Nevada, Begley reports. In the absence of widespread testing, this sewage testing could help officials know before influxes of cases arrive at hospitals if re-opening is causing infections to rise.

I like this 5/28/20 first-person story by Megha Satyanarayana for Chemical & Engineering News for its description of her experience in obtaining an antibody test for the new coronavirus. The piece describes how specific tests, by Abbott, Roche, and by Ortho Clinical Diagnostics, are designed to operate biologically on the virus’s complex molecules (proteins). The story reports high accuracy rates for the Roche and Abbott antibody tests.

It’s true that SARS-CoV-2 is mutating, but some coverage has represented this change as a cause for concern. A 5/26/20 story by Erin Garcia de Jesus for Science News explains what a mutation in genetic material is and why SARS-CoV-2 mutations so far are normal and not meaningful to scientists. The story also describes what scientists would have to see in mutations to grow concerned about new viral “strains,” a term that reportedly is not well defined.

This Twitter thread by University of California, San Francisco physician Bob Wachter includes one of the few explanations of Bayesian statistics I’ve ever understood and describes how they are applied by doctors to evaluate SARS-CoV-2 test results (5/26/20).

This explicit gem by Tovia Smith for NPR (5/23/20) describes how people are avoiding public restrooms and how businesses are changing restrooms to try to reduce the risk of transmission of SARS-CoV-2. Some approaches in the story include touch-free doors and towel dispensers, bathroom monitors, fully enclosed water closets with seat covers (as reportedly are typical in Europe), and other details it’s best not to include here.

Dan Vergano at BuzzFeed News describes a loop structure in a complex molecule (the “spike protein”—which “harpoons its prey,” Vergano nicely writes) on the surface of SARS-CoV-2. The loop could be key to the virus’s infectiousness and its ability to infect our lung cells, he reports. It could also explain why we don’t feel sick for days after infection and contagion start, Vergano writes. The piece includes helpful images, including one showing the loop and a graphic showing the biology of how SARS-CoV-2 “docks” with and infects a cell (5/22/20).

For a Q&A by Paul Sisson in the San Diego Union-Tribune (5/18/20), Jonathan Wosen created a helpful graphic on all three types of new coronavirus testing. For each type of test, the graphic shows how samples are collected, how the test works, and the test’s limitations. The graphic also lists the names of some makers of the tests and where Southern Californians, at least, can get the tests.

Freelance journalist Tara Haelle has written a helpful explainer about “herd immunity” for Medium’s Elemental (5/14/20). The piece explores the tensions, risks, or unknowns surrounding either of the two routes, direct infection and vaccination, to achieving this level of immunity in a population — the endgame for our current crisis. The main issue is that achieving herd immunity through infection will “require that millions of people get sick and die,” according to a Boston University epidemiologist quoted in the story.

“A note from your university about its plans for next semester,” by Tiffany C. Li for McSweeney’s (5/21/20).