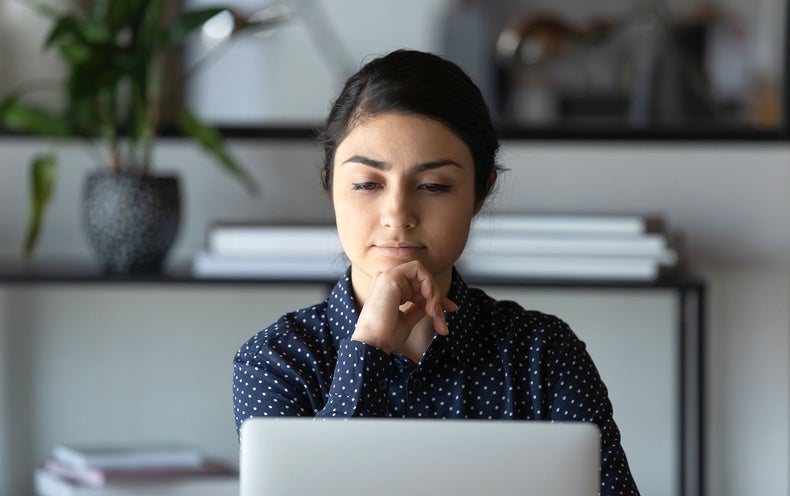 In recent years, I have accepted growing responsibilities as a mentor of graduate students and post-doctoral researchers in my new research group. I have been entrusted as the VP for ethics, diversity, equity and inclusion of an international scientific society, charged to be someone to support changes that can lead to leveling opportunities in academia.

In science, our careers are defined by the findings that we publish based on the research we do in the lab or in the field. Being successful at both publishing and obtaining funds for research means being on a lifelong path of scrutiny, seeking to convince our peers of the excellence and originality of our research. Each piece of work is generally assessed by at least three reviewers. Since I have published 40 articles and obtained 10 grants, I must have passed the scrutiny of about 150 reviewers.

Because reviewing is a reciprocal process, meant to be a safeguarding space for valid scientific input, anonymous reviewing is the standard default option. Anonymity should mean protection for the reviewer from retaliation and discrimination. Otherwise, early-career scientists reviewing a grant submitted by a large senior team may feel intimidated and voicing critical assessments from nonpermanent positions may be daunting.

But all of us have experienced, perhaps more often than not, the distorting effects of anonymity when it results in prejudiced reviews. In some cases, these can have devastating effects on early careers and hit hard at fragile self-esteem. As with trolling in social media, anonymity in peer review is sometimes used to say those things that would never be said if reviewers had to reveal their identity.

Experiencing rejection is the norm in academia: even when our research is sound, it may not be good enough to make the top 10 percent cutoff of a journal, or our project may be exciting, but funds are limited, so that we lose in competition to more stellar science. Rejection is difficult to digest, but we move on after each blow, abiding by the rules of the game we have accepted to play. But, what to do when the game is sabotaged by players who seem to have created their own rules?

At the core of this discussion is what may be called the “Reviewer#2 phenomenon.” Reviewer#2 is someone who rejects any proposal or manuscript no matter who or what it may be, because you are trying to publish within their field of research or did not cite their work enough. We all have dealt with Reviewer#2, in our roles as associate editors of journals or awards committees. Would those Reviewer#2s survive if they had to sign off their reviews? Perhaps so, but I predict their existence would decline sharply.

As an early-career female, I offer the following example, as it came after seven years of overcoming challenges to continue in science: After giving birth a month before Ph.D. graduation, moving continents three times in 2.5 years, and then starting a research lab immediately thereafter, I found myself mostly focusing on helping students and postdocs to progress. I finally found the courage to devise a novel project (during a full-on teaching term!), and I was looking forward to getting back to what excites me in science. This project could and—according to the other three reviewers—would have marked an important milestone in my career.

Meet my Reviewer#2: They didn’t tick boxes about conflicts of interest, but assessing research that overlaps with their own topics always poses a difficult challenge. Two reviewers said that the proposal is sound and fundable, while the fourth reviewer stated that my field really needs this project to be done. So far, so good. Reviewer#2 instead resorted to a version of assessment that can be used only under anonymity; it would not stand scrutiny otherwise.

Reviewer#2 works in my field but seems not to have read about my subject species since the 1970s. Reviewer#2 is an expert in human evolution but claims that my statement about modern humans being obligate bipeds (animals whose anatomy forces them to mostly walk upright rather than on all fours) is incorrect (?!).

Reviewer#2 produces other mind-boggling ways to eviscerate the proposal—for example, by stating that I am wrong to say that bipedalism is a defining feature of the hominin clade. By now I am seriously worried, as someone teaching human evolution in the university, I seem to have some of the most basic facts totally wrong! I recheck my proposal: That sentence was a quote from Darwin. The proposal was required to be short, but Reviewer#2 wants a longer literature review and more citations (of their work?). They make a few more comments tangential to the core of the project but provide no comments on my proposed analyses or hypotheses and…reject. Sigh.

After reading this review, my first thought was “I will not spend time writing another application anytime soon.” And I know many students and colleagues who have pondered and concluded just that. But I want us to revise and resubmit after such treatment, and I call for reformative action. We need peer-reviewing processes that give accurate and constructive assessments and that appreciate the immense effort it takes to develop new ideas that yield new science.

Established academics, less prone to pressures, should be encouraged to reveal their identities, while anonymity for young scientists ought to remain an option to ensure power balance. More outlets that make public the entire review process alongside the published article, including communications with editors, combined reviewers’ comments and rebuttal letters would maximize transparency. Signing off reviews, either of manuscripts or grants, could help leveling-up the quality of the peer-review process and contribute to ending the unethical trolling that truncates or damages careers.