What Ancient Mass Extinctions Tell Us about the Future 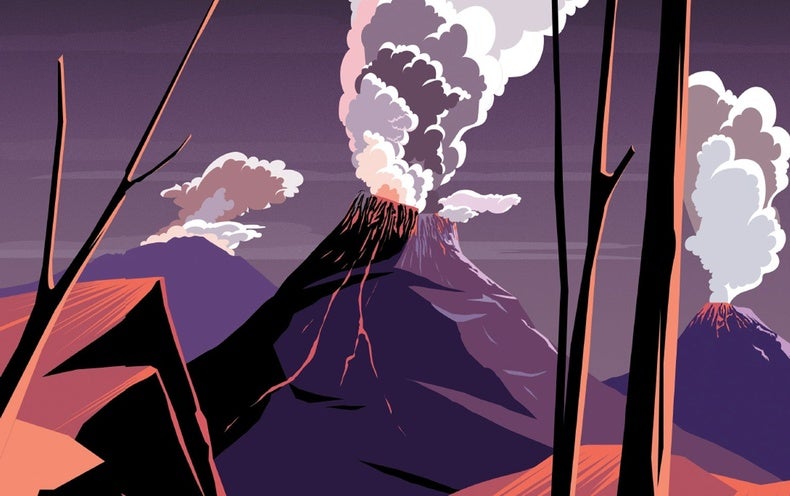 Pangaea, 252 million years ago—The world is over. Siberia has been erupting for 300,000 years, is still erupting and won’t stop. Not a volcano, mind you, but Siberia—two million square miles of it. A suppurating, billowing, continent-scaled wasteland of glowing rock and steam. The seas, once resplendent with horn corals and sponge reefs, are now sour and laden with mercury. Hot as soup, they bubble deathly swamp gas that feeds vile, hurricane-churned slicks of slime. The seabed is vacant, as scuttling trilobites die out after a quarter of a billion years. Beside this rancid ocean, on the shores of a blasted supercontinent, the forests are gone. Instead hot rivers now spill over the dead land in wide braids. Fungus blooms where vanished groves of ferns once held contests full of fangs and armor—gorgonopsids battling pareiasaurs. Their final bones are now scoured by hot winds and bleached by a searing sunlight, unfiltered by ozone. Night falls and brings odd constellations that light the dead waves, lapping at dead shores, tossing old bits of a dead reef from a dead sea. It smells awful. The planet is ruin and slime and heat. The ocean suffocates. Bacterial mounds spread. A hundred thousand suns rise and fall on a hopeless world. A hundred thousand springtimes arrive with no respite. It’s still all but barren. A million years of misery pass. Ten million.