We Need to Do More Research on Honesty 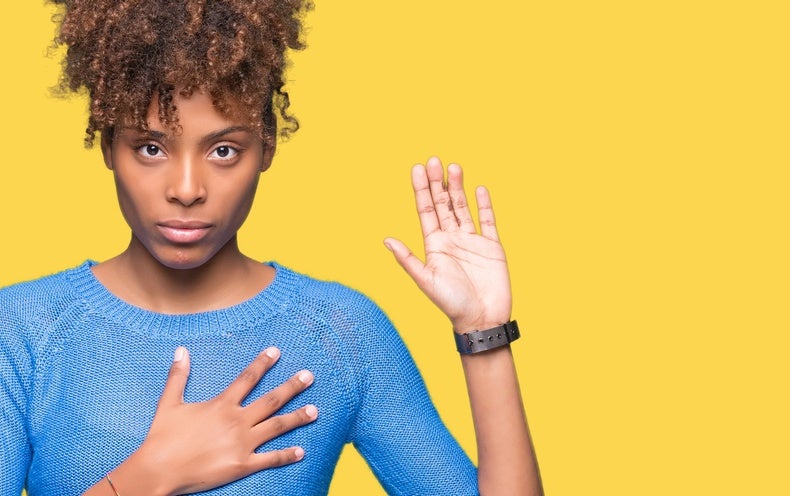 Last year, I published a book about honesty, exploring what it means to live a more honest life. I examined my own struggles with honesty, and did my best to translate academic research about honesty and apply it to everyday life. Through interviewing many researchers and reading dozens of studies about ethics, deception, moral character, secrecy, and self-delusion, I learned that we know quite a bit about lying and the reasons people lie in a variety of relationships.

But we know far less about the reasons people are honest.

“From my perspective as a philosopher, honesty is stunningly neglected,” says Wake Forest University philosophy professor Christian B. Miller, author of The Character Gap: How Good Are We? “Almost no work about honesty has been done in philosophy in the last 50 years. It’s been largely overlooked.” And yet, he says, when you ask people what they consider to be the most important virtues, a great majority will include honesty. Courage, patience and kindness may also top the list. Humility, too, perhaps. Chastity, probably not so much. But can you imagine anyone ever leaving honesty off the list?

So why don’t we know more about what motivates people to be honest? To disclose, to say the true thing, to correct false information, to speak up?

One answer is that in thinking about honesty, we’ve mostly been tuned into deception. By “we,” I mean you and me, and I also mean philosophers and scientists. First of all, lying, or saying untrue things with the explicit intent to deceive people, has been on full display in the form of Donald Trump for the past several years (though he is certainly not the only elected official to practice deception with regularity). We’ve also had a front-row seat watching personalities like Lance Armstrong and Elizabeth Holmes weave their tangled webs. As citizens of the world, we’re obsessed with lying and lies right now—what’s real, what’s fake, and what’s deliberate and deceitful manipulation?

For honesty researchers, the deception focus wasn’t on purpose. Not exactly. There has been a surge of research over the past 15 years in psychology, organizational behavior, behavioral economics and related fields on lying and unethical decision-making. Starting around 2005, investigators developed and refined new methods to examine when and why people lie and cheat to earn money. “Examples include the now classic matrix and die-rolling tasks where people lie about their performance to earn extra money for themselves, and sender-receiver deception ‘games’ where people lie to other participants to earn extra money for themselves,” says Taya Cohen, associate professor of organizational behavior and theory at Carnegie Mellon University’s Tepper School of Business. By allowing or provoking people to lie in controlled experiments—methodology that Cohen herself has used in much of her research—researchers can observe, measure and track these behaviors. “This means that lying and cheating can be operationalized in a way that isn’t restricted to people’s hypothetical decisions or recalled past behaviors,” Cohen says.

From these and other types of studies, we’ve learned a great deal about how and why people lie. We lie when we think we can get away with it. We lie more in groups, especially if we see other people lying, or we’ve been exposed to a bribe. We lie when the lie—even a lie of self-interest—feels justifiable (it’s only a little bit of extra money). We lie less if we’re reminded to be honest or if we have high moral character or score highly on measures of guilt-proneness or honesty-humility.

In organizations, our lies often are related to preserving some sort of identity, and we lie to protect our reputation, the reputation of someone we support or the reputation of a group to which we belong. In relationships, we lie to spare feelings or avoid awkward situations (but we get really irritated when our romantic partner does the same). We lie to ourselves as well, consistently believing we are smarter than we are. Children are also more likely to lie if they’ve been lied to. We even lie if we’re afraid the truth will look like a lie. And of course, we lie on social media, even if the lies look more like “reshaping” the truth.

These are all extraordinarily helpful findings, with relevant takeaway for nearly any group: bosses, teachers, parents, friends, spouses, voters (especially voters). If we understand what motivates and fosters deception, we can better curb those things in ourselves.

I argue in my book that living a more honest life starts with confronting our own deception, instead of simply noticing everyone else’s. For me personally, this has meant paying more attention to what I’m saying and constantly examining my motivations. This started as a more reactionary endeavor (to notice when I was lying), but morphed into a far more proactive one (to continually think about truth). Though both are in service of the same thing—being a more honest person—I have noticed that they don’t feel the same.

This is because they aren’t the same, either in practice or in research. If you set out to study what makes people tell lies, you tend to keep coming up with the same questions to investigate. But if you set out to learn what makes people tell the truth or have the courage to speak up, you will inevitably come up with a different set of questions to investigate. And that could do two things: (1) connect the dots between related research that wasn’t previously linked to honesty since the work didn’t focus on deception, and (2) create an entirely new body of philosophical and scientific research on honesty. “There is so much opportunity for more research about honesty,” Miller says. “And it’s not just an academic matter. There is an obvious real-world relevance and need.”

This is exactly what’s behind the Honesty Project, a $4.4 million grant from the John Templeton Foundation to study honesty that Miller and a team of researchers (including Cohen) at Wake Forest and Carnegie Mellon were awarded in August. The project has a three-year timeline that involves funding competitions for Ph.D. academics studying the philosophy and science of honesty, and a conference at the end of the project. Miller will serve as project director (he previously directed the Character Project) and team members have their own research they will conduct as well. Wake Forest psychology professor William Fleeson will study how to cultivate honesty across the political divide. This is particularly interesting to me because I’ve noticed that in our current climate of political polarization, the people on one side tend to think all the people on the other side are just lying. Even as a person who has engaged with honesty a lot and written a book about it, I still feel this way whenever I hear anything Donald Trump is saying. That he lies is a fact. But are all the people who support him liars who don’t care about honesty? That’s an interesting question.

Cohen’s recent research has been focused on honesty in difficult conversations, particularly the idea that we cannot be both kind and honest at the same time. Through her work with Emma Levine at the University of Chicago, she’s found that we often think being honest with people will be much harder and socially disastrous than it is (in fact, people find that being honest strengthens relationships and social connections more than they expect). She has plans to do more research on honesty and disclosure in difficult situations, hoping to discover concrete, actionable tips that people in organizations can use.

Though letters of intent for proposals are not due until November, Cohen is already hearing from investigators in fields as diverse as political science and computer science. One of the aims of the project is to see what researchers are working on that can be brought into the fold, particularly primary investigators early in their career (the project will give preference to those who are within 10 years of receiving their Ph.D.).

The hope is that through this more specific focus on the virtue of honesty—the virtue we hold as one of the most important virtues, or even the most important one—we can learn more about what motivates people to be honest, how honesty impacts relationships, groups and institutions, and how we can better cultivate honesty as individuals and members of groups and families.

Candidly, my hope is even bigger. I believe that through pouring substantial intellectual and financial resources into the study of honesty, we can be better at everything from disease prevention to racial reconciliation to climate change. Naturally, I’m quite eager to see what these investigators turn up and ultimately present at the 2023 conference. I do already know one thing though: Honesty carries with it an amazing power. It’s not just a shield against deception; it’s a way to change the world.