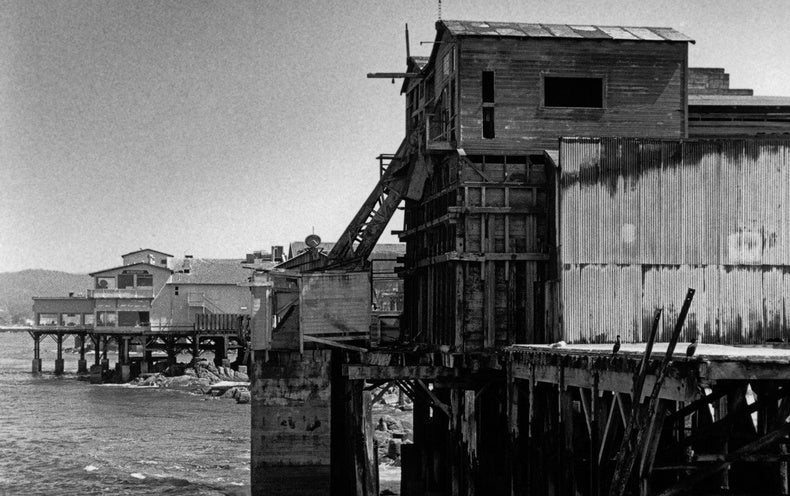 The 1930s and early 1940s were a good time to fish for sardines off California. Catches soared in a boom that was centered on Monterey Bay and supported the state’s flourishing economy. But the tides began to turn in 1946, and sardine catches eventually fell from an average of 234,000 tons to just 24,000 tons. The industry went belly-up.

Scientists have speculated for decades about what factors drove this infamous boom and bust, but they lacked data to test their theories. Now researchers have finally found one apparent culprit: cycles of ocean upwelling, a defining feature of the West Coast marine environment in which deep, nutrient-rich water rises to the nutrient-poor surface and replenishes the food supply there. The key that unlocked this mystery turned out to be old seaweed specimens gathered from herbaria around the U.S.

“Plants are just sitting there, recording data about the state of the ocean,” says Kyle Van Houtan, chief scientist at the Monterey Bay Aquarium and senior author of the new study, published in June in the Proceedings of the Royal Society B. “If we can access physical specimens from museums and natural history repositories, we can get information about historical ecosystems embedded in those tissues.”

Van Houtan and others had suspected upwelling played a role in sardine population trends, but scientists only started measuring the process in Monterey Bay in 1946. Historic seaweed specimens, Van Houtan realized, might fill in the blanks for earlier years—similar to the way ice cores can help reconstruct carbon dioxide levels from times before researchers started collecting real-time measurements.

For the new study, the scientists relied on the fact that deeper water near Monterey typically hosts more of a particular nitrogen isotope, a rarer version of nitrogen with an extra neutron that makes each atom heavier. Looking at modern upwelling data and recently collected seaweed, they found that higher levels of this nitrogen in the plants’ cells corresponded with periods of more upwelling. Next they measured the isotope levels in 70 historic specimens of the red seaweed Gelidium, gathered from Monterey as far back as 1878. The results suggested a gradual increase in upwelling and then a dramatic decrease, which lined up with the sardine population’s growth and decline.

“This paper is an excellent example of the creative detective work of historical ecology,” says Loren McClenachan, a marine ecologist at Colby College, who was not involved in the research. “There are thousands and thousands of similar specimens in collections around the world, and applying similar methods could teach us a great deal about long-term ocean change.”