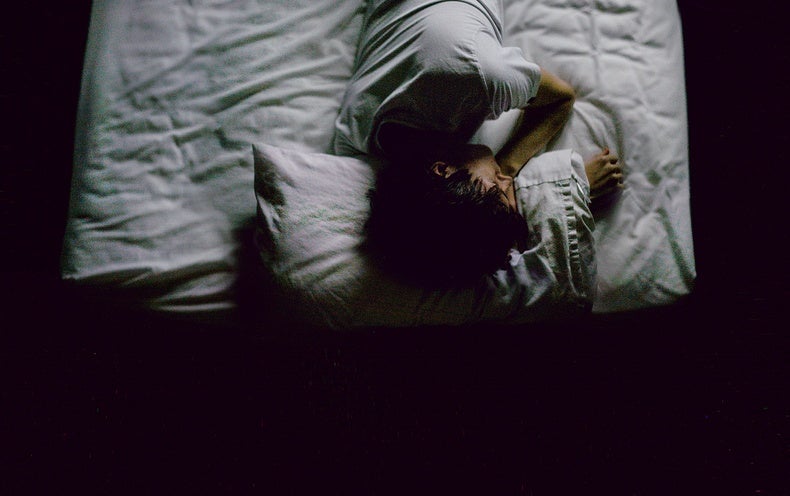 People told me medical school would be a flood of information, a prolonged inundation, but in the beginning, it felt dry and incomplete. After moving from New York City to North Carolina to begin medical school, I decorated a new apartment with photographs of places I wish I were, leased a car for the first time, and sat on Zoom for hundreds of hours between orientation, classes and research. Despite months of being in a new school, I have met about eight people in person, befriended half that number, set foot in one building on campus, and have yet to meet any professor or physician or surgeon or research mentor in the flesh.

Preclinical medical education was already taking place largely online prior to the pandemic, and was suggested as one of the fields that wouldn’t be affected by the abrupt Zoom migration. But there was still a white coat ceremony. There was still the opportunity to work with physicians to start dipping your toes in different specialties. There was the chance for starting clinical research and engaging with patients as a scientist for the first time. There was collective anxiety before exams, jitters for patient interviews and physicals, the novelty of administering flu shots to peers, and shared stresses of navigating finances and long-distance relationships. There was the excitement of attending conferences and lectures by physicians who were a version of our future selves. There was the shared worry of a huge life commitment and the celebration of pursuing a career in something the world was always needing. But it is difficult to feel these things from a couch or kitchen table.

Is there a way to feel part of something without ever being in a shared space?

In July of 2020, I lost a friend to suicide. It was crushing. He was a year ahead of me in medical school, and, since then, the isolation of pandemic learning has felt sharper, more palpable. I have had friends and peers with depression and suicidal ideation in the past, but they presented evidence of suffering that could be met with support. This suicide, this loss, this unimaginable reality of a father finding his son’s body amidst strewn bullet cartridges and a carefully crafted letter, was totally completely unpredictable.

I write this essay because he looked like me, he looked like you from afar. My friend was smart and kind and diligent. We met in college and worked in neurology labs on the same floor. We studied for the MCAT together and took it on the same day. We celebrated with Zingerman’s sandwiches and pesto-crusted smiles. I couldn’t see or sense his suffering, not in his grades or the ease with which he learned and tutored his friends or invited me for beers after every exam we took. I booked my MCAT at a testing site far from school, reserved a hotel room the night before, because of people like him. There were days that I envied the seemingly effortless ways he absorbed information, applied that knowledge with results that followed consistently. We imagined our futures as doctors, dreaming about where we’d place for residency and then more permanently: New York, Chicago, L.A., Boston.

When he died, I watched the Zoom funeral from the bathtub of my New York apartment, as movers shuffled through my unit carrying furniture that was North Carolina–bound. In the speeches shared by his family, I listened carefully, latching onto his mother’s hopes for better mental health care in medical training. I sent an e-mail to the dean of my new medical school, and we devised a plan for sharing my friend’s story.

But as the months of Zoom fatigue slowly morphed into mundanity, online medical school normalized a distanced reality and lack of concrete support. Though my inbox is flooded with free online yoga classes, mindfulness seminars, wellness surveys, surveys on survey fatigue, and mental health workshops, I feel disconnected from school, from the hospital, from the profession I have now committed my life to. Friendships and professional relationships were never mandatory, but they gave the process of assimilation and continued learning its crackle. Now that this online world is somewhat functioning, people say we won’t go back to offices or campuses or work, but I don’t think that’s true. We need the warmth of strangers, sweaty handshakes, stilted laughs and tender embraces. We need sharp gazes and wrinkling eyes above parting smiles, we need to be seen and heard and touched.

There are days when I notice I haven’t opened my mouth to speak to anyone in tens of hours. My daily interactions are limited to the Whole Foods cashier or FedEx delivery man. I recite antivirals and antifungals to my computer screen as I click through Anki flash cards, one after another, hoping my vocal cords don’t shrivel up and turn to dust. And in these moments, the isolation sometimes makes it hard to see what it’s all for. In these moments, I think about the missed calls, FaceTimes, unopened Snapchats from my friend. I regret the times he reached out to me but I failed to respond. I feel guilty for putting off our coffee dates or letting texts go unanswered. I think about the hours I could have spent with him, rather than on my bed or kitchen floor out of laziness, fatigue or just because.

I think there’s more I can do, we can do. I feel so grateful for the people who act; they all remind of my friend. The people who follow through. Thank you, thank you, thank you, I want to tell the girl in my small group who drove me to the airport. To the dean who gave me his phone number and called every now and then. To the student government president who messaged me on Facebook saying hi, checking in. To the classmate who set a goal to FaceTime with every single person in our medical school year. To the friends who became distant after college but managed to find a way back. To the grad school colleague who mails postcards out of the blue. To the cookie delivery and surprise shipment of scrubs.

I think, if my friend were still alive, he would want this. For friends to check in on friends, for strangers to extend warmth to strangers. It is to easy to fall into the socially isolated routine of waking up and going to the hospital or watching hours of lectures and calling it quits. It is easy to not call. It is easy to stay home and to not wear a mask or exercise precaution. There is only so much my institution can do to offer free resources and counseling and yoga. And maybe one of these sticks, and that is enough. But maybe we can carve a little time in the evening to catch up, to craft a thoughtful text, to take a walk together, to pause and look someone in the eyes, to ask them how they really are. Try and feel their presence, try and be seen, try to see.

I thank the family of Noah Cutler for providing permission to share this story.