The Warped Side of Our Universe

The Warped Side of Our Universe 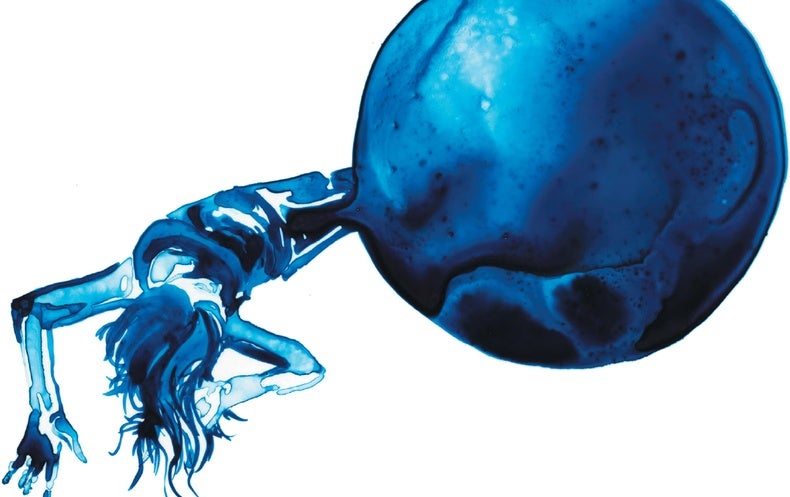 A billion years ago

—while here on Earth

multicelled life was arising and spreading—

in a galaxy far far away

two spinning black holes danced ’round one another,

rippling the fabric of space and time.

sucked energy from the holes’ orbit, so

toward a climactic collision:

at half of light speed,

in a brief, cataclysmic storm

of writhing and twisting spacetime

that brought the waves to crescendo.

Spreading across our universe,

they stretched and they squeezed

all that they met

(stars and planets and nebulae…)

in patterns that encoded

a portrait of their birth:

The gravity waves were hugely strong,

than all of the light from all of the stars in all of our universe, combined.

But not any light. Not any x-rays. Not any gamma rays or radio.

No electromagnetic waves at all,

None of any type.

by tendices and vortices, entwined,

by structures made from warped spacetime.

when humans shared Earth with Neandertals,

the waves plunged into our galaxy:

The Milky Way. Our home.

On September fourteen of twenty fifteen

they dove into Earth in Antarctica.

Whispering up through Earth’s bowels unscathed,

and emerging near New Orleans,

—a complex and huge, L-shaped device

designed and built to perceive them.

In LIGO the gravity waves stretched and squeezed

which extracted the portraits the waves encoded:

A momentous Eureka Event, it was

with the Warped Side of Our Universe.