Taking Early Cancer Detection to the Next Level

Taking Early Cancer Detection to the Next Level 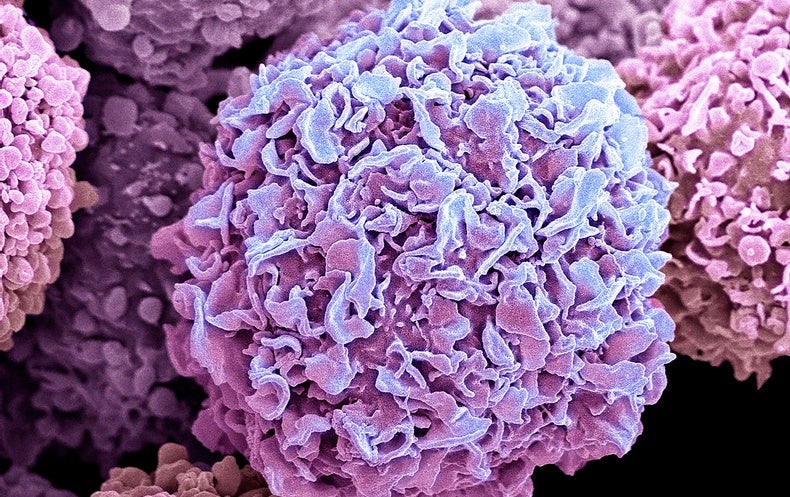 Early cancer detection can save lives, yet, cancer is predicted to become the world’s number one killer because we are still diagnosing most cancers too late. In the United States, we currently screen for only five types of common cancers. The rest are only identified when signs or symptoms appear, often signifying advanced disease when outcomes are poor. We estimate that these five single cancer screening tests collectively detect only 16 percent of the 1.2 million cancers diagnosed each year in those aged 50–79 in the US.

Medical students are taught that when it comes to cancer screening, sensitivity of the test is what matters. A screening test needs to find cancers that are present. Here is the challenge. We spend $27 billion annually on screening tests that yield about nine million positive results. Of these, only 204,000 turn out to be real cancers, while 8.8 million end up being false positives. Many women with suspicious mammograms know this harrowing journey too well, subjected to months of additional diagnostic tests only to be eventually declared as cancer-free. In fact, the screening tests recommended for a 60-year-old female with a history of smoking (screening for breast, colon, cervical and lung cancers), yield a 43 percent likelihood of at least one false positive test. This high sensitivity but suboptimal specificity approach to cancer screening targets one cancer at a time, taking decades to be adopted in a form where benefits are maximized, harms are minimized and the effort is cost-effective.

The importance of striking a balance between highly accurate and sensitive testing and screening a large population became apparent in the case of COVID-19. It is time to adopt a similar population-based strategy for other public health issues, such as cancer.

Improving early cancer detection may be the only way to really put a dent in the cancer mortality curve; however, early cancer detection is suffering from a common ailment in medicine and public health: the streetlight effect. We are looking for five cancers “over here” under the streetlight where we have early detection tests, but about 70 percent of cancer deaths are occurring “over there,” in the dark, where we aren’t even looking. Some may assume that we aren’t screening for these cancers because we don’t have treatments, but a review of practice guidelines and the literature shows that nearly all early cancers have effective treatments, even if watchful waiting is recommended for some, such as nonaggressive early prostate cancers.

First, the CDR represents the overall number of cancers detected out of the overall number of expected cancers in the monitored population. It is a measure of the population yield of a screening program. In the U.S., for example, there will be about 1.2 million cases of cancer in adults in the age range of 50–79 this year; mammography is expected to detect 114,000 of those cancers, for a CDR of approximately 9 percent. Even when all five single-cancer screening tests are combined, the CDR is still only approximately 16 percent. While an enormous accomplishment, this alone will not bend the cancer mortality curve or address the public health crisis posed by cancer.

The genomic revolution provides an opportunity to rewrite this chapter, with a potentially happier ending. There are now a number of novel multi-cancer early detection (MCED) tests nearing commercial availability. These MCEDs use sophisticated technologies to find footprints of early cancers in readily accessible body substances like blood, urine, saliva or stool. Several novel tests in development are able to detect a variety of cancers, many of which are potentially lethal cancers with no recommended screening tests. Such tests should be used in concert with existing single cancer screening tests, during preventive care visits or routine blood tests, which approximately 70 percent of Americans aged 50–79 have at least annually. If everyone took an annual blood test in addition to current screening tests, it could detect 50 percent for all cancers—including the deadliest ones, like pancreatic, stomach and lung cancers, that have five-year survival rates of less than 50 percent.

Why is MCED such a profound, game-changing idea? Because it is simply not feasible to spend decades in developing and testing a new screening approach for each individual cancer. With increases in cancer detection rates coupled with low false-positive rates, the balance would shift towards greater benefit than harm to the population. Used alone, MCED tests may still miss some cancers, but some detection is better than no detection. From a public health perspective, a 50 percent CDR could lead to the early discovery of many cancers when potentially curative treatment is available.

Just as we track COVID-19 infection rates, detection rates and death rates, we need to embrace the CDR model and track our progress in early cancer detection. Utilizing genomic signatures to dramatically improve the CDR may just be one of the first population-level benefits directly attributable to the vast investments made in the human genome project.