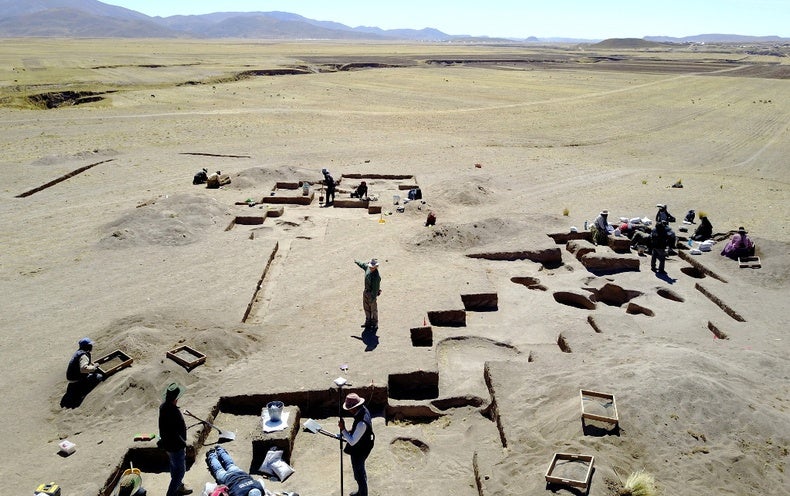 In 1878 Sweden, a 10th-century Viking warrior was discovered in a grave packed with weapons, hinting at high military status. The assumption for the next century was that this individual was male. Questions about the warrior’s sex arose in 1970s, and DNA analysis conclusively upended the belief in 2017, showing that the grave’s occupant was female. The sex determination took so long largely because modern assumptions about gender roles­–in this case, that all high-status warriors are men–got in the way of the science.

Across the Atlantic in the Americas, early human burial sites are revealing a similar pattern: applying modern assumptions about gender roles can lead to misconceptions. In findings published on November 4 in Science Advances, Randall Haas, an anthropologist at the University of California, Davis, and his colleagues describe a 9,000-year-old burial site for a young female interred with big-game-hunting tools. When the researchers analyzed this site with 17 others in the American continents, they found what they call “parity” between male and female individuals with hunting roles. The results bury a too broad generalization about early people: that men were hunters and women were “gatherers.”

Pamela Geller, an associate professor of anthropology at the University of Miami, who was not involved in the study, says the findings “substantiate what feminist scholars have been saying for several decades” about early female roles as hunters.

The newly identified female hunter was found in one of two Andean burial sites that Haas and his colleagues excavated near Lake Titicaca in southern Peru. One contained the remains of a man who was aged 25 to 30 years at death and interred with a few hunting-associated items. The other remains were of a teenager who “was clearly ceremoniously laid to rest with a set of tools that had a lot of utility,” Haas says. As with the Viking warrior, the researchers initially assumed the second grave contained a male because of the careful interment with costly tools associated with hunting large animals such as deer and vicuña.

A close look at the scant bone samples from the second grave suggested that the person’s sex was female, however. Analysis of proteins from the teeth, which are present in a sex-based pattern, confirmed it.

That recognition led the team to analyze information from all known burial sites in the Americas for individuals whose sex had been determined and where hunting tools were present. Among 18 sites meeting these criteria, 15 contained 16 remains identified as male, and 10 had 11 remains identified as female.

The scientists ran models with this information to estimate how likely an individual was to be female, given a range of female participation in hunting from 0 to 100 percent. They found that with the rate of female skeletons associated with hunting tools, females and males were equally likely to be hunters. The implication was that equal-opportunity hunting roles might have been common among early humans in the Americas.

The blending of hunting roles regardless of sex is not especially surprising, says Kathleen Sterling, an associate professor of anthropology at Binghamton University, State University of New York, who was not involved in the study. Individual skill and strength likely did not matter as much as the number of participants, for example, in efforts to drive animals off a cliff or into a trap.

Regardless of the sex of the skeletons, this work does not address how these cultures defined or assigned gender, says Charlotte Hedenstierna-Jonson, a senior researcher at the department of archaeology and ancient history at Uppsala University in Sweden. She was not involved in the new paper but was first author of the 2017 study on the Viking warrior DNA. Today’s humans can determine biological sex with modern analyses, she says, but modern eyes may see gender very differently from how early humans did. “We must remember that it is our understanding that we’re processing, not theirs,” when considering gender roles in early human societies, she says.

Researchers have “at some level” projected sex onto behavior in inaccurate ways for early humans in the Americas, Haas says. What is important is challenging these assumptions with actual observation, he says, because “through that process, we arrive closer to the truth.”