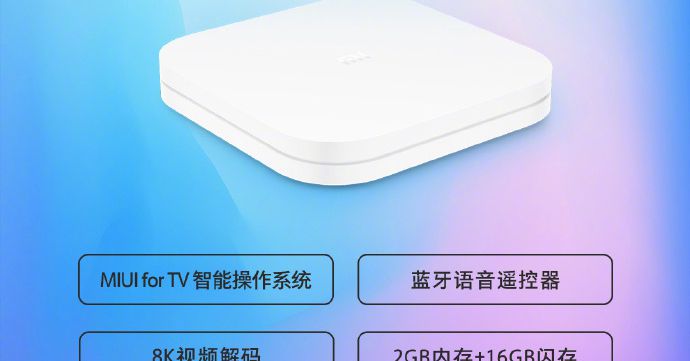 Xiaomi has announced the Mi Box 4S Pro, a streaming box capable of 8K video playback. The product was revealed on Weibo and is already available to order in China for 399 yuan, or about $60.

The box has 2GB of RAM, 16GB of storage, and supports HDMI 2.1. It comes with a Bluetooth remote that offers voice control. It’s not clear exactly which services will have 8K content available, or whether there are other ways to view your own 8K files on the device.

The Mi Box 4S Pro runs Xiaomi’s own MIUI for TV software. A company representative tells Android Authority that there are currently no plans to share for a global release, although Google’s own new Chromecast is an excellent option in the US at $49.99. (But no 8K support, of course.)

Xiaomi briefly made the only Android TV streaming player that Google sold in the US, 2016’s Mi Box. The company followed up with the Mi Box S in 2018, which was sold through Walmart, though it’s now out of stock.