ICYMI: We take a deep dive into macOS Big Sur

Hitting the Books: An analog computer ushered in the video game era

An Open Letter to Joe Biden

An Open Letter to Joe Biden 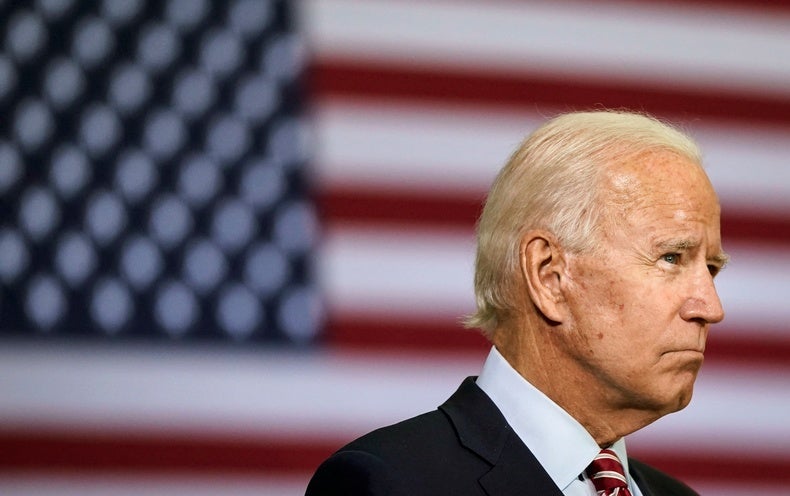 In the last four years, federally funded science agencies were unmade and remade. They were given new marching orders. The mandate of providing the nation with unbiased scientific advice was replaced by a new mandate—that science is subordinate to the political goals and ego of President Trump.

The consequences of this new mandate are serious and far-reaching. The Environmental Protection Agency became the Environmental Pollution Agency, rolling back protections on clean air and clean water, and providing regulatory relief to President Trump’s campaign contributors from the fossil fuel industry. Scientists at the National Oceanic and Atmospheric Administration were censured for challenging President Trump’s incorrect forecast of the path of a major hurricane. Their sin? Failing to adhere to the prime directive that the president is never wrong. At multiple federal agencies, climate science became “the subject that must not be named”—and the subject that should not be studied. And most recently, federally funded scientists unwilling to support the president’s incorrect narrative of a country “rounding the corner” on COVID-19 were publicly ridiculed and dismissed as “idiots.”

I was a federally funded climate scientist until September 2020, supported by the U.S. Department of Energy’s Office of Biological and Environmental Research. I used pattern recognition methods to identify human “fingerprints” on climate.. I worked with colleagues at Lawrence Livermore National Lab and at research institutes and universities around the world. Together, we found human fingerprints in the temperatures of the atmosphere, the land surface and the world’s oceans. We detected signs of human influence on ocean heat content and salinity, snowpack depth, the timing of streamflow from snow-fed river basins, atmospheric moisture, drought behavior and clouds. We learned that human fingerprints on climate are not an isolated phenomenon. They are ubiquitous, present in dozens of independently monitored climate records.

The Department of Energy supported climate fingerprint research for over 25 years. The research survived transitions between Democratic and Republican administrations. It withstood shifts in the composition of the Senate and Congress. But it did not survive a president who has falsely dismissed climate change as a hoax and a Chinese conspiracy. It did not survive a president who falsely asserts that science does not know the causes of climate change. It did not survive a very stable genius who considers his expertise superior to that of all scientific experts. Nor did climate fingerprinting survive the changing of the guard at a remade Department of Energy—new leadership that walked away from the same research the DOE had funded.

This seismic shift in political climate led to apprehension and even fear among my younger scientific colleagues. Some worried about green-card applications. Could their application be adversely affected by co-authoring a paper that rebutted incorrect scientific statements made by former EPA Administrator Scott Pruitt? Others worried about funding. Could their DOE support be cut if we continued to engage in climate fingerprint research? Should we simply hide and self-censor? Should we avoid any research areas viewed with disfavor by the president of the United States?

Our climate fingerprint group did not self-censor. Throughout the tenure of the Trump administration, we continued to study the nature and causes of climate change—research that is in the best interests of the citizens of this nation and this planet. We continued to believe that U.S. National Laboratories are an appropriate place to perform such research. And we continued to report on our findings; to speak science to power. We did not hide.

Over the last four years, Americans have had ample opportunity to observe the consequences of willful scientific ignorance. Ignorance is toxic and fatal. It is a potent vector for the spread of the COVID-19 virus. It hampers effective action on climate change, burdening our children with present and future climate disruption they did nothing to incur. Ignorance isolates us from the rest of the world. The United States is the world’s pariah nation, unwilling to accept science, unwilling to participate in international efforts to control a global pandemic, and unwilling to take part in international efforts to reduce emissions of heat-trapping greenhouse gases. Our peers in the free world view us with pity and concern.

Mr. Biden, assuming your election to the office of President of the United States, is formally certified, you will face two immediate, formidable challenges. The first is “bending the curve” of COVID-19 infections. The second is to bend the curve of greenhouse gas emissions towards a more sustainable pathway—to attain an emissions curve that reduces the risks of significant climate disruption.

An additional important challenge is to restore public trust in science and scientists. You must rebuild public trust in the scientific impartiality of the Environmental Protection Agency, the National Oceanic and Atmospheric Administration, the Department of Energy, the Centers for Disease Control and many other federal agencies with scientific remits. You must convince the women and men working in these agencies that their new prime directive is not political loyalty to one person—the new directive is “get the science right.” You will have to inspire the disillusioned and disheartened, reverse the loss of critical expertise at key scientific agencies and make public service at these agencies an aspirational goal for the next generation of young scientists. In achieving this restoration of trust, you can count on the help of many thousands of U.S. scientists.

I was educated in a British Army school in Germany. My education was heavy on poetry. One poem that stuck in the sieve of my memory was by Thomas Hardy. It describes a desolate winter landscape at the tail end of the 19th century. In the cold, inhospitable countryside, against a backdrop of political instability in Europe, a solitary thrush is singing. The poem captures the disconnect between the bleak physical setting, the portents of conflict, and the clear, beautiful birdsong:


So little cause for carolings

Of such ecstatic sound

Was written on terrestrial things

Afar or nigh around,

That I could think there trembled through

Some blessed Hope, whereof he knew

And I was unaware.

Today, we live in similarly ominous times. We wish for signs that the darkness of the last four years is lifting—for singing in the wilderness. Our “blessed hope” for a better future is invested in you.