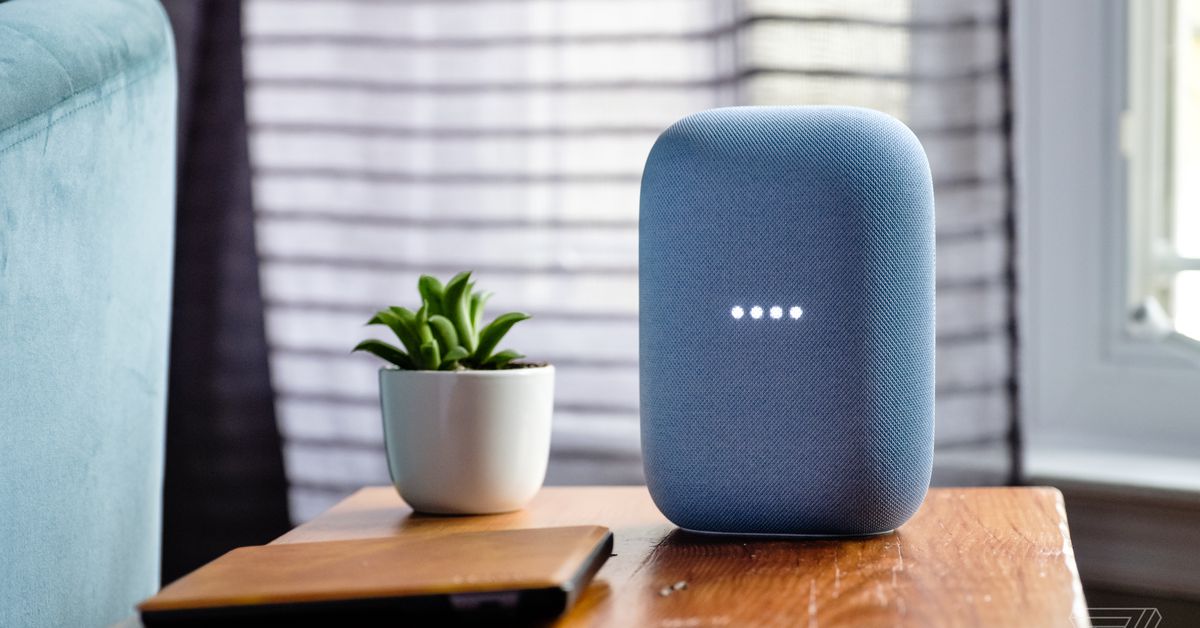 But it appears that Google originally intended to offer just such a feature — and we’re wondering if the company might still introduce it in the next few months.

As 9to5Google points out, Google seemingly forgot to remove a rather telling arrangement of words from the HTML source for its Nest Audio product page:

The UK version of the page even had an alternate localization of the same sentence, which suggests intention.

There’s not a whole lot of ways to interpret that phrase. Here are a few that spring to mind:

But even though it would have been easy to admit the mistake, that’s not the direction Google has chosen to take: the company tells The Verge it has “no news on this front,” which suggests that it’s likelier to be #1 or #2.

We’re not sure which, but it wouldn’t be too surprising if the feature arrived in a future software update. We already know the new Chromecast with Google TV is slated to get an update with Google Stadia cloud gaming support in the first half of 2021. Perhaps it’ll add some speaker pairing, too.