There are 400 games in development for Google Stadia 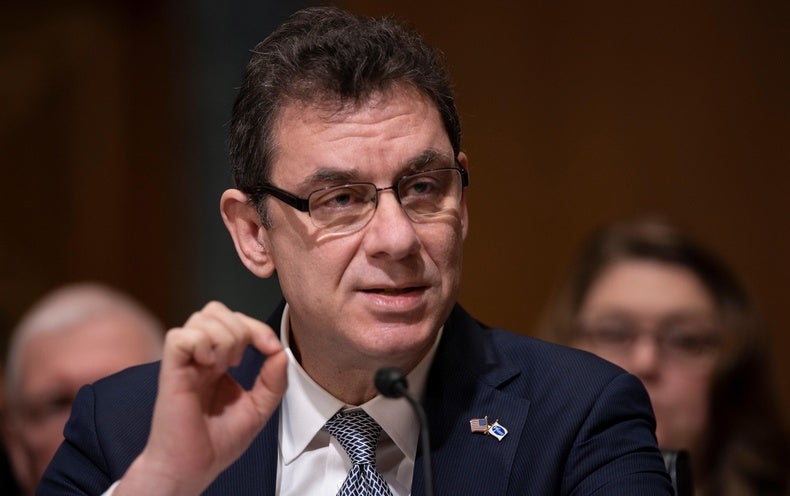 After a week during which the U.S. had nearly a million new COVID cases, pharmaceutical company Pfizer and its German partner BioNTech announced on Monday that a preliminary analysis suggests their experimental vaccine is more than 90 percent effective at preventing the disease. The welcome news signifies that efforts to slow the worst pandemic in more than a century might finally be bearing fruit.

The news was reported following an early look at data on 94 cases from Pfizer’s phase III clinical trial, which has so far enrolled nearly 44,000 people. Questions remain about how long protection lasts and whether the vaccine prevents severe disease in the elderly and other vulnerable populations. Still, the preliminary results—announced in a press release—“are extremely encouraging,” says Paul Offit, a pediatrician and director of the Vaccine Education Center at the Children’s Hospital of Philadelphia. “It means that the vaccine is likely to be very effective as we look at more participants in the trial, moving forward.”

Developing a new vaccine ordinarily takes years. But Pfizer’s candidate began clinical testing only months after scientists published the genome sequence for SARS-CoV-2, the coronavirus that causes COVID. Given in two doses three weeks apart, the vaccine contains a genetic blueprint, known as mRNA, for the virus’s “spike” protein. The infusion of viral mRNA triggers human cells to make and display the spike, prompting an immune reaction against future infection. Although some laboratories have created such gene-based vaccines for other human illnesses, none has been commercialized in the U.S.

Pfizer is one of four U.S. companies with vaccines against COVID that are now in phase III clinical trials in the nation; a fifth company, Novavax, plans to start its phase III trial later this month. Three firms—Moderna, Johnson & Johnson and AstraZeneca—have received funding to develop their interventions from Operation Warp Speed, a federal program aiming to begin mass inoculations against COVID in the U.S. by early next year. (Operation Warp Speed has promised $1.95 billion for manufacturing and distributing Pfizer’s vaccine, but it has not supported its development.) The three companies’ vaccines also deliver spike protein genetic material, albeit using different strategies. And Pfizer’s new results “give us reason to be optimistic for all of them,” says Larry Corey, a virologist at the COVID-19 Prevention Network, which is helping to coordinate Operation Warp Speed’s clinical trials.

Offit concurs, adding that while the genetics-based approach appeared promising in animals, Pfizer’s efficacy data provide the first solid and eagerly awaited evidence that it can also succeed in people.

The company had initially planned to look at the data when the combined number of COVID cases in the placebo (control) and vaccinated groups reached 32. If, at that point, the vaccine was 80 percent protective or better—meaning that there were five times more sick people among the control group than there were in the vaccinated one—then an independent panel of reviewers could declare it successful. Pfizer and the Food and Drug Administration later changed course and scheduled a data readout once the total number of cases reached 62. But with the pandemic raging, there were 94 cases to assess by the time the review actually took place.

The vaccine appears to be well tolerated so far. But to comply with FDA requirements, trial investigators still need to monitor side effects for an average of two months after participants get a second dose. Bill Gruber, Pfizer’s senior vice president of vaccine clinical research and development, predicts the company will wrap up that safety evaluation by next week. If all goes well, the company will apply for an emergency use authorization (EUA) to start making the intervention publicly available to a limited group—most likely including first responders and people at high risk of severe disease—by mid-December, Gruber says. That date “is probably the earliest it would be granted,” he adds.

Pfizer plans to continue the trial until a final analysis is conducted at 164 cases—which Gruber predicts will be reached by the end of the month—so that investigators can assess additional end points. The company’s recent announcement concerns the level of protection achieved seven days after the second dose (and 28 days after the first). Trial investigators will now extend their review to look for protection two weeks after the second dose is administered, thus giving infected individuals more time to become symptomatic.

Even if the FDA grants an EUA, Pfizer will follow subjects for two years from the start of the trial to assess whether the vaccine has any rare side effects, how long its protection lasts and whether it protects against severe disease. Gruber acknowledges that the company would “feel an ethical responsibility” to vaccinate the control subjects, even though doing so would compromise the trial’s ability to monitor efficacy. “My hope is that participants will see the advantage of remaining in the trial,” he says. “We have to navigate with regulatory authorities to navigate that path.” One approach under discussion would be to give everyone in the control group the vaccine and give the vaccinated people a placebo. “That way, everyone is protected, and you can follow them for a year or two. And if the vaccine is safe and durable for an extra year, there would be little [risk of infection] in the second year for those who got it a long time ago,” Corey says. “That’s a strategy we’ve been thinking about, and we hope that people in the trial will consider it.”

For now, experts eager to see Pfizer’s clinical trial data will have to wait until they are published. Company representatives claim that up to 42 percent of the trial participants are Asian, Black, Latinx, or Native American—and that up to 45 percent of all the participants are between 56 and 85 years old. “But what I want to know is: How many cases are over 65—and especially over 70 years old?” Offit says. “A 56-year-old person is not nearly as likely to die of COVID as a someone over 70, and that’s an example of why we need to see the data. This is basically science by press release at this point, which is always a little frustrating.”

Pfizer’s plant in Kalamazoo, Mich., is now ramping up manufacturing toward a goal of supplying 50 million vaccine doses—enough for 25 million people—in 2020 and up to 1.3 billion doses in 2021. Corey acknowledges that the first COVID vaccines out of the gate may not be the best, however. And Pfizer’s mRNA candidate comes with several key disadvantages: it requires two doses, and it has to be stored at temperatures below –70 degrees Celsius. The cold-temperature restriction could be problematic, especially in low- and middle-income countries. By contrast, Johnson & Johnson’s vaccine requires only one dose and does not need subzero storage. A phase III clinical trial for that intervention is currently underway.

Still, the apparent success of Pfizer’s vaccine “increases our optimism that the others will work as well,” says Dan Barouch, director of the Center for Virology and Vaccine Research at Beth Israel Deaconess Medical Center in Boston and a co-developer of the Johnson & Johnson vaccine. “No single vaccine can supply the global market. We are going to need several to put this pandemic behind us.”