Square Enix will allow most employees to work from home permanently

Do Wine over Those Brussels Sprouts

The best TV deals we could find for Black Friday

A ransomware attack has shut down Baltimore’s public schools

Riskiest Spot for Rising Seas Is 50 Miles from the Ocean 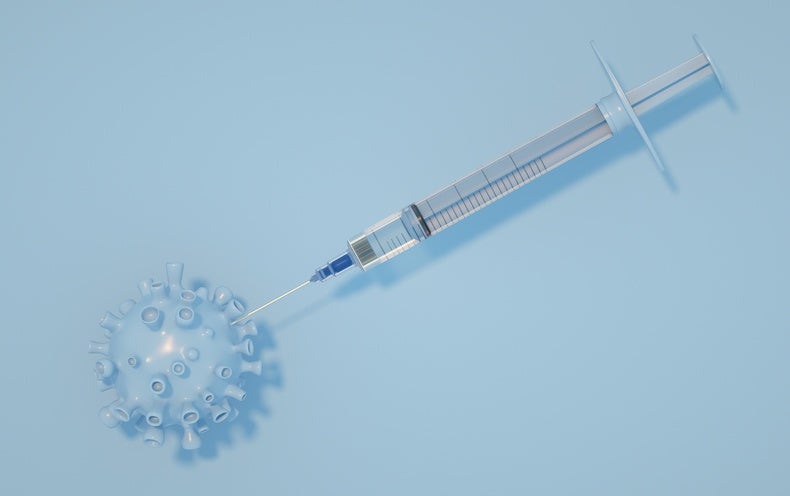 During the past 10 months, as the COVID pandemic broke over the world, thousands of research laboratories and pharmaceutical companies rushed to study the novel coronavirus and develop a treatment. Hundreds of clinical trials are testing at least 200 different treatments against COVID, according to the Milken Institute, a health care think tank. About 100 more treatments are in earlier-stage lab tests.

Despite the huge effort, scientists and clinicians are finding the search for new drugs hard. The U.S. Food and Drug Administration has granted full approval to only one new antiviral drug: remdesivir. On November 9 the agency authorized another drug, called bamlanivimab, for emergency use in patients outside clinical trials. But the treatment appears to be ineffective in the most severely ill individuals: its developer, Eli Lilly, suspended testing in that group last month. Even remdesivir appears to only slightly improve patient outcomes. And hydroxychloroquine, a malaria drug that kills viruses in the lab, turned out to do more harm than good once it was tested in patients.

Although the identification of potential medications has been remarkably fast by clinical research standards, scientists are still stymied by the many outstanding questions about how the virus affects the human body. “Biologically, lots of things make sense,” says Srinivas Murthy, a critical care physician at the University of British Columbia. “Remdesivir made sense, and hydroxychloroquine made sense. In the end, it boils down to: Does it work in patients?”

The better news is that ongoing clinical trials are beginning to separate the helpful treatments from the flops. Research over recent months has revealed new information about the immune system and COVID’s disease progression, allowing scientists to target drugs to patients, depending on factors such as disease severity. Amid the quickly spreading pandemic, investigators have found new ways of simultaneously testing treatments in as many people as possible. “If there’s any silver lining to this horrible situation, it’s that it accelerated the scientific community’s efforts to implement innovative trial designs and get answers quickly,” says Carolyn Calfee, an anesthesiologist at the University of California, San Francisco. “I think it’s going to be a sea change for critical care.”

In their search, researchers are pursuing several different strategies, including antiviral drugs that prevent the novel coronavirus from replicating, synthetic immune molecules known as monoclonal antibodies (mAbs) that tag the pathogen for destruction before it can enter cells—Lilly’s bamlanivimab is one example—and treatments that prevent the patient’s immune system from overreacting to the virus and causing deadly symptoms.

Since the pandemic began, researchers and clinicians have made important progress in treating COVID-19 patients. Death rates have dropped significantly, in part because of improvements in strategies such as knowing when to put a patient on a ventilator and how to position them in a hospital bed. And although only one drug, a steroid called dexamethasone, has proved to reduce the risk of death, scientists expect that the coming months will reveal better answers about the effectiveness of other medications.

But certain quirks of the coronavirus and COVID have complicated the research. It was not initially apparent, for instance, that COVID is a multistage disease: there is an upper respiratory infection caused by the virus and a rarer, more severe immune reaction that can occur when the pathogen gets deep into the lungs. That difference, it seems, determines how well a given type of treatment is likely to work. Give an immunosuppressant such as dexamethasone too early, and you destroy the body’s ability to fight the virus on its own. Give an antiviral therapy too late, and the virus will be out of control.

This timing could help explain why it has proved so difficult to treat the sickest COVID-19 patients with new drugs. In October a safety board found no improvements in severely ill patients receiving bamlanivimab. Two weeks later Regeneron halted a trial of its mAb cocktail because of safety concerns. “It was definitely a disappointment,” says Michael Matthay, a critical care specialist at U.C.S.F. and a principal investigator of the bamlanivimab trial. Myron Cohen, an infectious disease researcher at the University of North Carolina at Chapel Hill, is not surprised that the treatment did not work in very sick patients. In animal studies, mAbs and other antiviral treatments appear to be most effective early on in the disease, when the virus is still in the nose and has not caused severe complications.

Another explanation for these patients’ poor outcomes, Matthay says, could be a phenomenon known as antibody-dependent enhancement, in which the sudden influx of antibodies clamps onto the virus inside airway tissues, recruiting other immune cells and causing inflammation. While it is unclear whether this occurs with the mAbs used to treat COVID, the syndrome has been seen in other diseases and even scuttled a promising dengue vaccine in 2017.

But Matthay and others still have high hopes for mAbs in general. “One or two might not work, but that doesn’t mean the class won’t work,” he says. As of this summer, eight mAbs were in clinical trials, with at least 80 more antibody-based drugs in development.

A number of companies, including Lilly and Regeneron, are currently testing their antibodies in less ill patients, as well as people who are likely to be exposed to COVID, such as nursing home workers. These trials also could shed light on whether these treatments are useful when employed immediately in patients—such as President Donald Trump, who apparently received Regeneron’s antibody cocktail within a day of showing symptoms. One frustrating issue, though, is the difficulty of getting mAbs to those patients with less severe symptoms. The drugs must be infused through an IV, so they are easier to give in a hospital, where patients are more likely to be sicker; hospitals are less likely to see milder cases where the drugs might be more effective.

Other medications, such as remdesivir, also appear to be most useful early in infection—especially if they can suppress the virus before the immune system knows it is there and has a chance to overreact. More than 20 antiviral drugs, many of which were originally developed to treat other viruses, are currently in clinical trials. These repurposed drugs’ advantage over new mAbs is that they have already been tested in humans and proved to be safe, says Jingyue Ju, a chemical engineer at Columbia University.

Ju is testing whether the hepatitis C drug sofosbuvir also can be used to treat COVID. The medication mimics letters in a virus’s genetic code—except these imposters do not actually code for viral proteins. When the virus tries to replicate, its enzymes incorporate the drug into the new genome, and the replication fails. Other drugs currently in clinical trials, such as the HIV drug lopinavir, are known as protease inhibitors and prevent the virus from breaking its proteins down into particles that spread through the body.

But “most repurposed drugs have not been as exciting as we’d have liked,” Murthy says. “Whether we’re working down the wrong pathways or we need to be exploring different things remains to be seen.”

Dexamethasone, the 60-year-old steroid that reduces death rates in severely ill patients, is one repurposed drug that has worked. The drug’s effectiveness is undeniable, established in a large trial that gave the medication to 2,100 people. But it is not entirely clear why it works, Calfee says, because steroids can target a number of different immune pathways.  And researchers say they would prefer a more specific treatment that targets only the immune pathways affected by the coronavirus without exposing patients to powerful steroids. One possibility is tocilizumab, a mAb made by F. Hoffmann–La Roche. Rather than targeting the virus, the drug attacks a signaling molecule called interleukin 6 (IL-6), which is thought to play a role in immune system overreactions. Although a large observational study of nearly 4,000 patients found that tocilizumab reduced the chance of death, randomized controlled studies of it and other IL-6 inhibitors have found no benefit, leaving their use still questionable.

Some of the questions around the mechanisms and effectiveness of new drugs will be difficult, if not impossible, to determine at this point. Treatments such as dexamethasone and remdesivir are now the standard of care, so patients in both test and placebo groups receive them, making it hard for researchers to tease apart the effects of any new drug. And if physicians are allowed to use drugs such as bamlanivimab on an emergency basis, scientists may struggle to recruit patients into placebo-controlled trials. “Who’s going to enter a trial and wants to be in the control group?” says Eric Toner, a public health researcher at the Johns Hopkins Center for Health Security.

Calfee points out another testing trouble: COVID-19 patients are not a homogeneous group, and certain treatments might work better for some people than others. Yet if drugs are rushed into the clinic before they have been proved, it will be more difficult to determine which patients are most likely to benefit from different combinations. Still, Calfee concedes that in a pandemic, getting answers quickly is important. “It’s the challenge with a rapidly evolving disease area,” she says.

On a more positive note, researchers such as Toner believe the trials of monoclonal antibodies, in particular, could lead to permanent shifts in the way infectious diseases are treated. These drugs can be produced as soon as researchers know the genetic sequence of a new virus. Now technology that makes mAbs easier to manufacture in large quantities could allow them to be rapidly rolled out for future viral diseases. And if COVID clinical trials result in the development of an antiviral drug that can attack a range of viruses, he says, “that’ll be a potential game changer.”