Amid Research into Vaping, a Whiff of a Familiar Tactic Emerges

Amid Research into Vaping, a Whiff of a Familiar Tactic Emerges 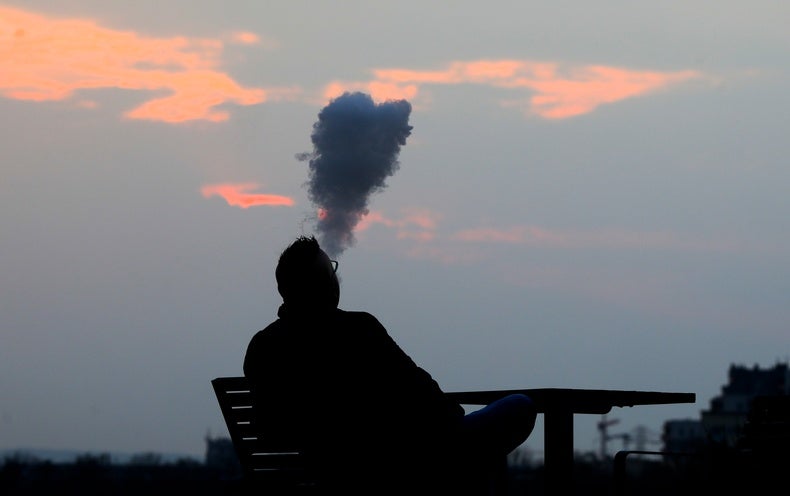 The on-screen type appears in boldface and capital letters. “WHAT CIGARETTE DO YOU SMOKE, DOCTOR?” it asks. The answer has that certain 1950s-radio-announcer quality: “The brand named most was Camel,” an off-screen voice says as a man in a doctor’s white coat lights up a cigarette and a nurse bustles about. In a subsequent scene, he bends forward to light his patient’s smoke as they sit puffing in his office couch. “Yes folks,” another voice says, “the pleasing mildness of a Camel is just as enjoyable to a doctor as it is to you or me.

This mid-20th-century television advertisement would seem shocking if it ran today. But some public health experts say the strategy behind such ads—using science as a legitimizer—is very much alive, thanks to its reincarnation by the vaping industry.


“When we look at what’s going on with e-cigarettes, with the development of the science, and look at that interrelationship to the marketing, you can’t understand it unless you go back and look at the history of tobacco,” says David Michaels, an epidemiologist at George Washington University. “That’s gotten us to where we are today.”

In this short documentary, Retro Report partners with Scientific American to dig deep into that history. What becomes clear is that all the way back in the 1950s, big tobacco started to build a kind of denialist playbook about the health risks of smoking. Part of that strategy involved co-opting research to serve the cause of uncertainty.

Now, as science races to understand the effects vaping has on the body, some say plays from that book appear to be resurfacing. “The concern is that exactly the same kinds of illegitimate debate that delayed tobacco regulation could very well be happening again,” says Samir Soneji, an associate professor of health behavior at the University of North Carolina at Chapel Hill.

This could not come at a more troubled time for respiratory health in the U.S. Flu season hasn’t gotten into full swing yet, but its peak is coming. And COVID cases are rising dramatically around the country.

It seems that as temperatures drop and winter descends on the Northern Hemisphere, the battle over the science of e-cigarettes will just be heating up.