ICYMI: We take a deep dive into macOS Big Sur 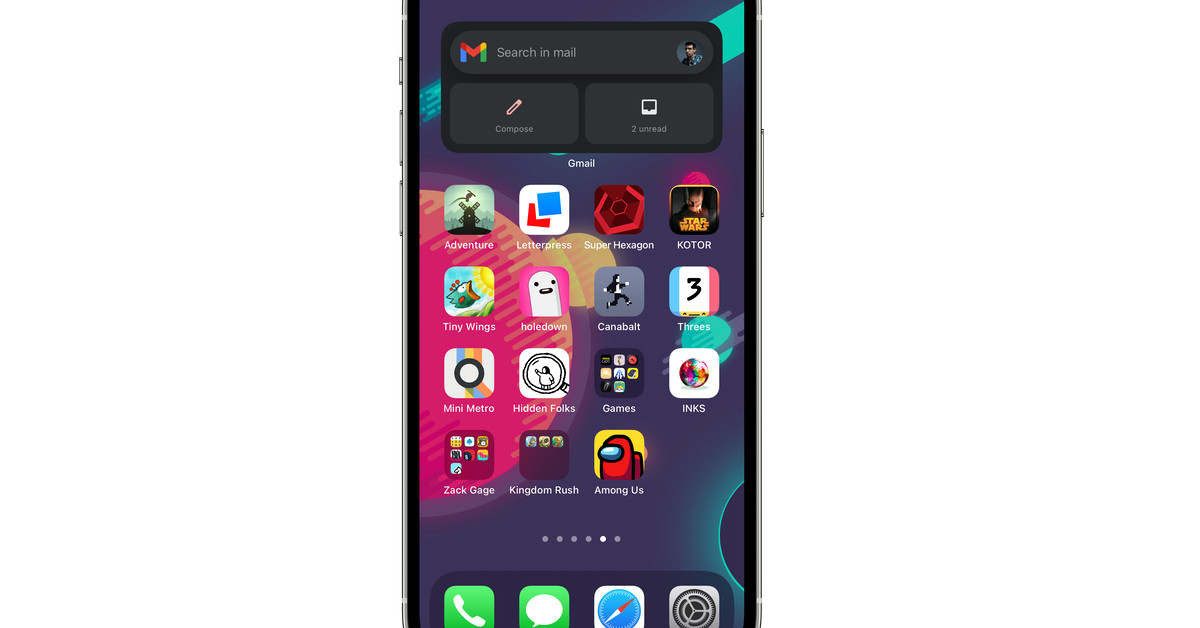 Google’s Gmail application has been updated for iOS 14 with a new widget — but it’s probably not the kind of Gmail widget you may have been hoping for.

Right now, there’s just a single iOS 14 Gmail widget that just does one thing: offer quick links to your inbox, the compose menu, or search. There’s no real preview of your inbox content, no ability to triage mail through archiving or deleting without opening the app, or any way to read an incoming message. The most interactive element is a simple “unread” counter, something that the app icon has already been capable of for years.

Part of that is on Google — other email apps, like Spark, have created more robust widgets. But a big part of the blame lies on Apple’s shoulders, with its strict limitations on what iOS widgets can do. Specifically, Apple’s widgets are designed to be non-interactive. It’s why you can’t check off to-do list items on a reminder widget or why the Spotify or Apple Music widgets don’t offer simply play and pause controls.

As the company’s developer guidelines note: “Widgets present read-only information and don’t support interactive elements such as scrolling elements or switches.” Apple does offer the option for developers to allow widgets to keep themselves updated by periodically refreshing in the background, but it’s a far cry from allowing actually interactive elements.

It’s possible that Apple may relent on what it allows developers to do with widgets in future versions of iOS; iOS 14 marks just the first iteration of the feature, after all. But unless the company completely changes course on what kind of functionality it envisions widgets providing, it seems we’ll be stuck with these more limited widgets for the foreseeable future.