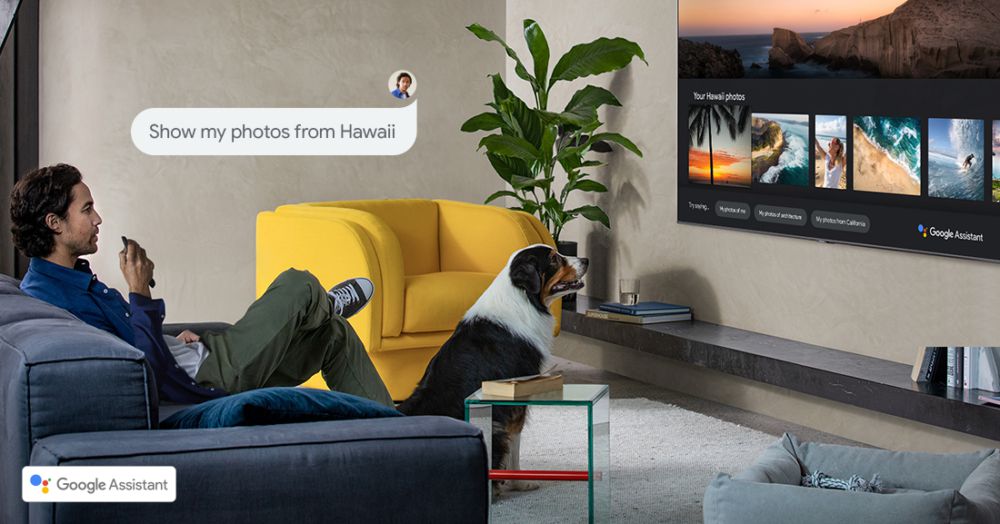 According to Samsung, Google’s voice assistant can be used to control the TV directly with commands like changing channels or adjusting the volume, or else it can control other Google Assistant-compatible smart home devices like thermostats or lights. You can also ask it for information on the weather or to play music, and it integrates with other Google services like Search, Photos, Maps, and Calendar.

Samsung’s 2019 TVs previously integrated with Google Assistant, but back then users had to give their commands via a separate device equipped with the voice assistant like a Google Home smart speaker. With the new models, however, users can issue voice commands to their TVs directly by holding down the microphone button on its remote.

With support for both Alexa and Google Assistant now onboard, Samsung’s own Bixby smart assistant looks increasingly sidelined on its smart TVs. We can’t imagine many people would choose to use it when Google and Amazon’s popular assistants are now built in.

If you’re in a compatible country and want to enable Google’s voice assistant, you can do so by heading into its Settings menu, selecting “General,” then “Voice,” and finally “Voice Assistant.” From there, Google Assistant can be selected as a voice assistant. Samsung says it’s rolling out support on the following models: “all 2020 4K and 8K QLED TVs, Crystal UHD TVs, The Frame, The Serif, The Sero and The Terrace.”