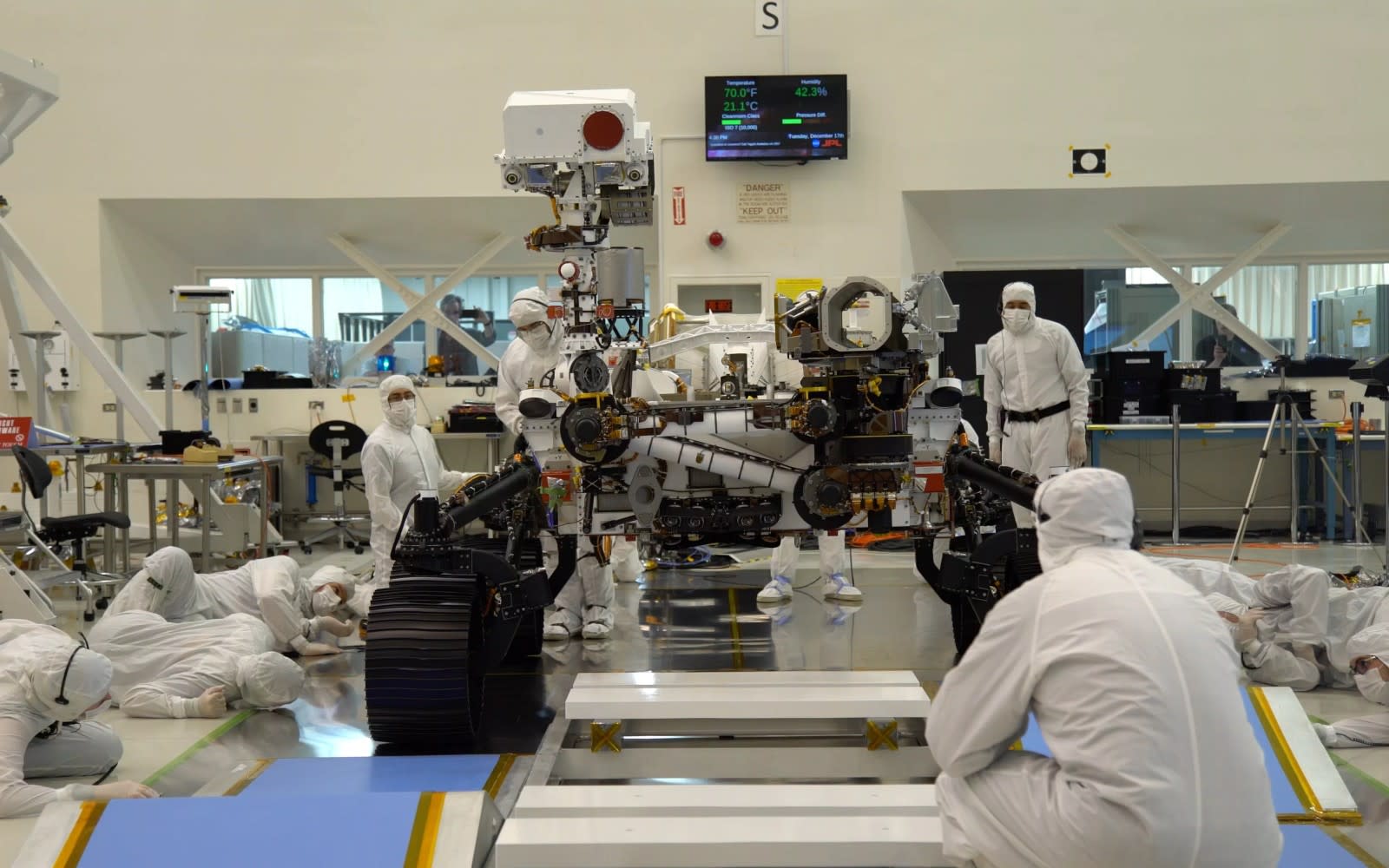 When NASA’s Perseverance guided itself to the surface of Mars on February 18th, it did so with the help of the same processor that powered the 1998 iMac G3. You know, the colorful and bulbous all-in-one desktop that saved Apple’s business and helped it become the company it is today. According to the New Scientist (via Gizmodo), NASA’s latest rover features an offshoot of the PowerPC 750 CPU. That processor is about 23 years old in 2021.

By modern standards, the PowerPC 750 is nothing to write home about. It’s a single-core processor with approximately 6 million transistors and a clock speed of 233MHz. Compare that to Apple’s recently announced M1 chipset, which has 16 billion transistors and a maximum clock speed of 3.2GHz and you’re talking about a very modest CPU in the PowerPC 750. But speed (or lack thereof) isn’t why NASA went with it.

You see, NASA has a thing for technology that has proven itself reliable. As just one example, in 2006 the agency equipped its New Horizons probe with a Mongoose-V processor, a radiation-hardened version of the original PlayStation’s MIPS R3000 CPU.

And when you’re sending a $2.4 billion rover on a one-way trip to a planet that is at its closest 38.6 million miles away from Earth, you need a CPU that is, most of all, reliable. And that’s exactly what the PowerPC 750 has shown itself to be time and time again. The RAD750 variant of the PowerPC 750 that’s inside Perseverance has been hardened to withstand 200,000 to 1,000,000 Rads and temperatures between −55 and 125 degrees Celsius (-67 and 257 degrees Fahrenheit). The RAD750 is currently in approximately 100 satellites in orbit around the Earth. All of them still work.