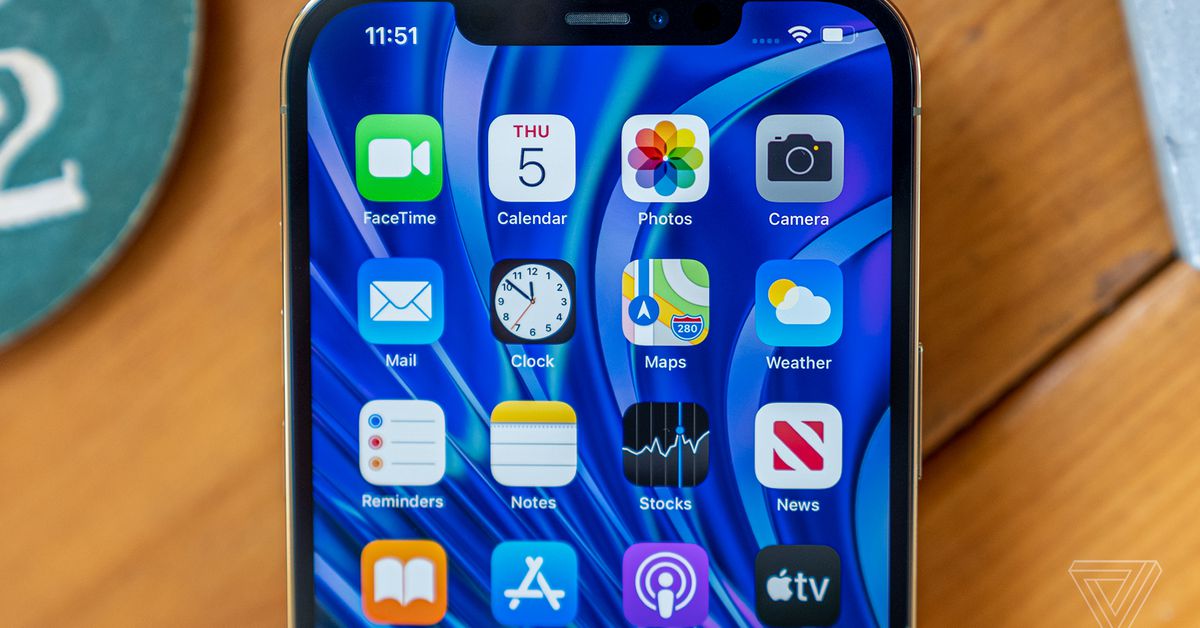 The Arizona House of Representatives just passed landmark app store legislation in a 31-29 vote on Wednesday that could have far-reaching consequences for Apple and Google and their respective mobile operating systems.

The legislation, a sweeping amendment to Arizona’s existing HB2005, prevents app store operators from forcing a developer based in the state to use a preferred payment system, putting up a significant roadblock to Apple and Google’s ability to collect commissions on in-app purchases and app sales. It will now head to the state senate, where it must pass before its sent to Arizona Gov. Doug Ducey.

The amendment specifically prohibits stores exceeding 1 million downloads from requiring “a developer that is domiciled in this state to use a particular in-application payments system as the exclusive mode of accretive payments from a user.” It also covers users living in Arizona from having to pay for apps using exclusive payment systems. The bill specifically exempts game consoles “and other special-purpose devices that are connected to the internet,” and it also bars companies like Apple and Google from retaliating against developers who choose to use third-party payment systems.

The amendment narrowly passed the Arizona House Appropriations Committee last week in a 7-6 vote, which sent it to the floor of the state’s House of Representatives for a full vote on Wednesday. Notable opponents of the bill have been Arizona Democrats, who’ve argued that state legislatures shouldn’t get involved in ongoing legal matters between companies, in reference to ongoing antitrust lawsuits between Apple and Google and companies like Forntite maker Epic Games. There was also concern the bill would interfere with interstate commerce and raise unconstitutionality claims.

The bill opens the door to developers using third-party payment systems, thereby allowing them to bypass the industry standard 30 percent cut Apple and Google have collected for years. It’s not clear how tech companies will respond, as the bill could push them to temporarily stop doing business in Arizona at the risk of having to change the rules for all developers everywhere.

“Today, Arizona put a marker down and became the first state in the nation to advance a digital market that is free and fair,” said the Coalition for App Fairness, the industry group composed of Epic, Tinder parent company company Match Group, and Spotify that is responsible for helping draft the bill.

“The Coalition for App Fairness is pleased to see the House passage of HB 2005, which will encourage business innovation in Arizona and protect consumer choice. While this is cause for celebration, it is only a first step toward achieving a truly level playing field for all,” the statement goes on to say. “We look forward to working with the Arizona State Senate to move a solution forward that builds on this momentum to provide consumer freedom, lower costs, and increase developers’ ability to thrive and innovate.”

The bill has attracted intense lobbying from Apple and Google. According to a report from Protocol published earlier this week, Apple tapped a lobbyist, Rob Diridon, and also hired Kirk Adams, the former chief of staff to Arizona’s governor, to help make its case to the House of Representatives. Apple also joined the Arizona Chamber of Commerce and pushed the body to begin combating the bill, Protocol reported. “We went through a very difficult weekend where Apple and Google hired probably almost every lobbyist in town,” Arizona State Rep. Regina Cobb, a Republican and co-sponsor of the bill, told Protocol.

“Apple and Google have a monopoly on how you download apps to your phone. Because of that, for any app that offers digital services like games or music, you have to pay through Apple or Google’s monopolistic payment processing system,” Cobb wrote in an op-ed for the Arizona Capitol Times last month. “You have to use their system and their payment processor, and then they tax you for it. Small app developers have to absorb the cost and struggle to survive or pass the tax onto their consumers.”

The sentiment is one shared by vocal critics of Apple and Google, like Basecamp co-founder David Heinemeier Hansson. He has submitted testimony for two bills — this one in Arizona and another in North Dakota — in support of legislation to break up what he sees as monopolies on software distribution, and he’s waged an impassioned campaign against Apple in particular since last summer, when the iPhone maker engaged in a dispute with Basecamp over its new Hey email application.

“Apple operates a tollbooth on the only road to distribution of mobile software for the dominant iPhone platform. And this doesn’t just hurt app developers, but consumers as well. When Apple tried to shake down our company for the 30% cut of revenues, they explicitly encouraged us simply to pass on the cost to consumers. And that’s exactly what other developers have done,” Hansson wrote in testimony to the Arizona House Appropriations Committee last week. He added that the bill “would not only provide immediate relief to Arizona developers and consumers, it would instantly make the state the most desirable place on earth to start a new software company.”

The bill is one of many — including ones in Georgia, Hawaii, and Minnesota, as well as one that already failed in the North Dakota state senate — making their way through local legislatures. The multi-state push can be drawn back to a national lobbying effort the CAF. The industry group consists of not only Epic, Match, and Spotify, but also dozens of other companies dissatisfied with the rules imposed by Apple’s App Store and the Google Play Store. Epic is also engaged in an ongoing antitrust lawsuits against both Apple and Google over the removal of Fortnite last summer, a dispute that sits at the heart of the ongoing app store debate.

The CAF, which worked alongside Match to approach Cobb for HB2005, has been hiring lobbyists around the country to approach representatives with draft bills that would make it easier for developers to bypass rules thought to be ironclad within the mobile app world. Specifically for Apple, these bills are targeting rules dictating that iOS users and the platform’s developers only buy, sell, and distribute software through the App Store. (Google allows alternative app stores on Android, though it does present security warnings and other obstacles to users who download and use them.)

Additionally, these bills are also taking aim at rules saying app makers must use the preferred payment systems of Apple and Google. It’s those terms, written into developer agreements the companies make app makers sign to distribute software through the App Store and Play Store, that allow both companies to take 15 to 30 percent of all revenue.

Apple similarly lobbied hard against the North Dakota bill, with Apple’s chief privacy engineer, Erik Neuenschwander, testifying that the bill “threatens to destroy iPhone as you know it.” He further argued that it would “undermine the privacy, security, safety, and performance that’s built into iPhone by design,” according to the Bismarck Tribune. “Simply put, we work hard to keep bad apps out of the App Store; (the bill) could require us to let them in.”

Central to all of these bills and the fierce lobbying efforts surrounding them from both sides is a debate threatening one of the most lucrative pillars of Apple’s (and to a lesser extent Google’s) business: Should app store owners be able to set the rules for what kinds of software is allowed onto mobile phones, and should those rules also force developers into paying commissions for accessing the platform?

Just a few years ago, that Apple and other companies would take 30 percent of all revenue was considered a settled matter. While some companies, like Netflix and Spotify, complained vigorously about unfair treatment, Apple’s iron grip on the App Store, and by extenuation the iPhone, felt inexorable. It was simply how mobile app distribution worked — unless you were a large company like Amazon, which cut special deals with Apple.

But growing resentment from developers large and small, combined with both an upswell in regulatory fervor in Washington and growing consumer hostility toward Big Tech, have created an unprecedented movement hoping to reign in Silicon Valley’s most powerful corporations. Square in the sights of all these parties is the App Store — specifically the 30 percent cut, or “Apple tax” as it has come to be known, and the payment system requirements that help enforce it.

Apple has already made some concessions in its relationship to developers in response to rising antitrust pressure. Most prominently, the company announced a new small business program late last year allowing developers making less than $1 million in annual revenue to lower the App Store cut they pay to Apple from 30 percent to 15 percent.

But those concessions are far from stopping Apple’s critics, nor the lobbying efforts of its most committed opponents, from pushing for more. “Apple already has an incredible advantage over any company that dares compete with them, and soon that might well be most of the economy,” Hansson wrote in the conclusion of his HB2005 testimony. “Giving us at least a fighting chance by enforcing a choice in payment processing is the right thing to do.”