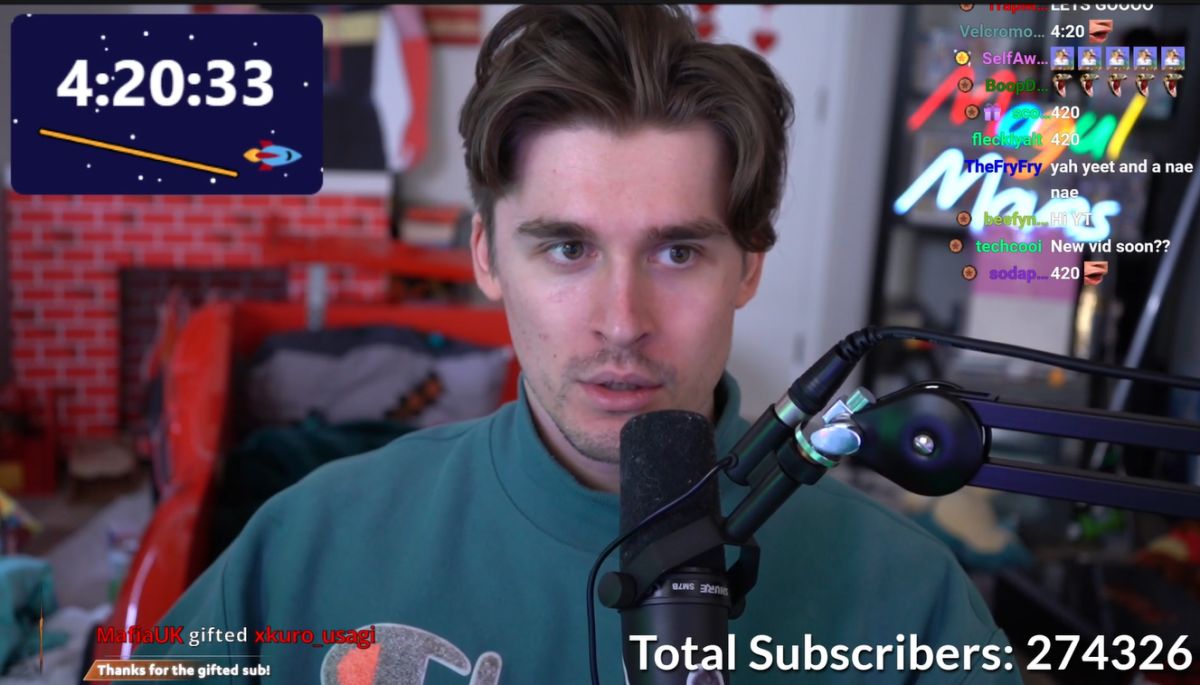 In early March, Ludwig Ahgren started streaming on his Twitch channel, promising viewers the stream would extend by ten seconds for every subscriber he received. 31 days later the subscriptions have continued to roll in, and he hasn’t stopped streaming. Ahgren will close out the stream tonight at midnight PT, but before that happens he’s already broken the all-time record for subscribers on Twitch.

He took the crown from Tyler “Ninja” Blevins, who peaked at 269,154 three years ago, according to Twitch Tracker. As of this writing, Ahgren has over 274,000 subscribers and the number continues to grow. For each subscription received today will provide a donation to the Humane Society of the United States or St. Jude Children’s Research Hospital.

Blevins, who departed Twitch for Microsoft’s ill-fated Mixer service before eventually returning while expanding his business beyond streaming, congratulated Ahgren for the feat in a tweet. The stream has continued unabated while Ahgren slept, as detailed in a New York Times article about the stream that was published just a few days after it started when he was still at 70,000 subscribers and told the paper he couldn’t imagine things could reach the 31 day mark. Now it has, and he will end it there, but you can tune in live to catch the ending countdown right now.