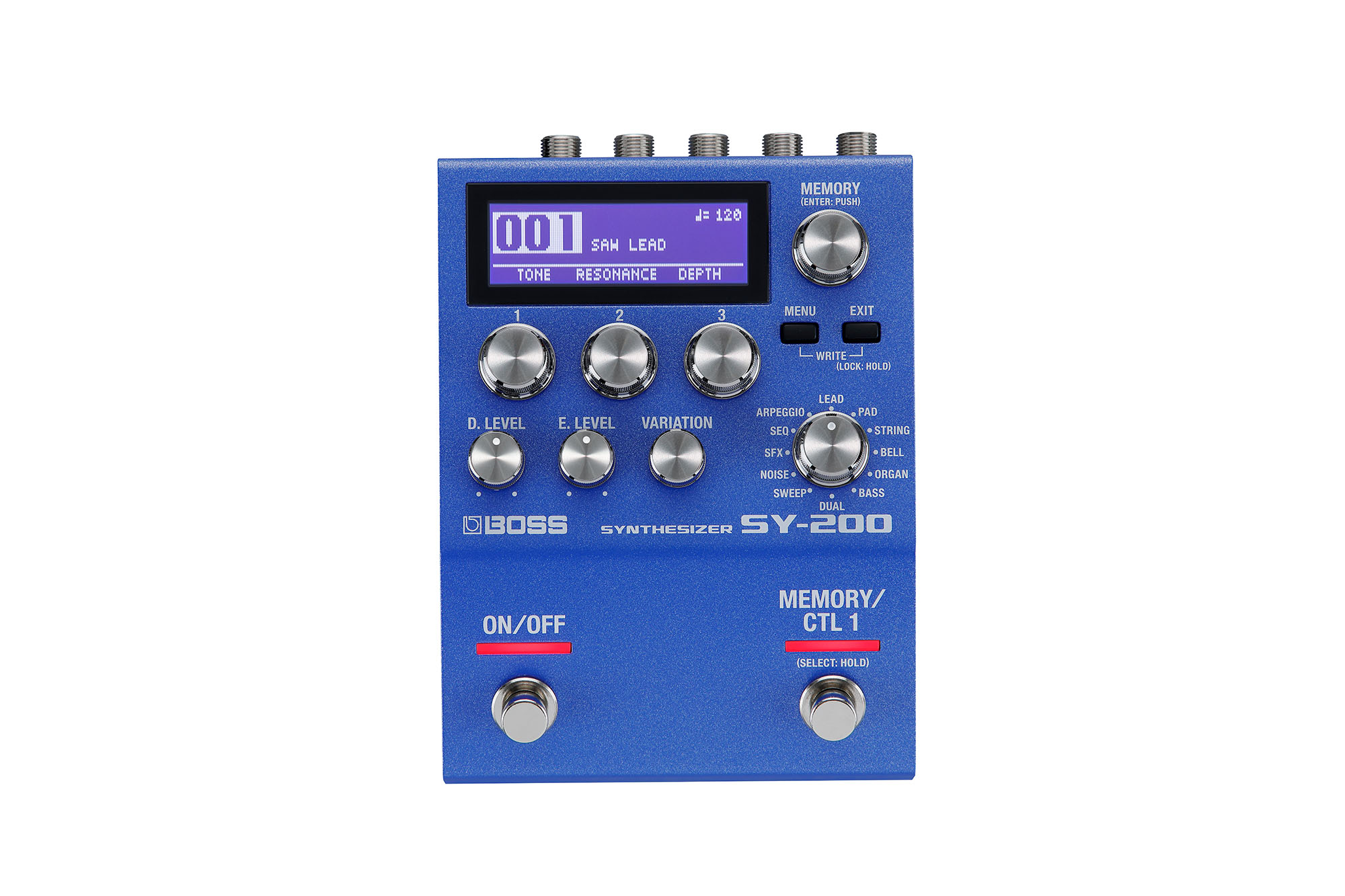 Boss is certainly no stranger to the world of guitar synths. In fact, Roland and Boss have been at the forefront of guitar synths and MIDI controllers since the ’70s. After launching the absolutely epic SY-1000 in 2019, then cramming a bunch of synth sounds into an actual guitar Eurus earlier this year, Boss is going a little more traditional with the SY-200.

The SY-200 isn’t quite as big as the 1000, which is basically a pedalboard in and of itself. But it’s definitely larger and more comprehensive than the compact Boss pedals you’re probably familiar with, like the SY-1 synth. The 200 has 171 different sounds spread across 12 different categories and can be played without the need for a special pickup.

Each voice has three parameters that you can customize, which pales in comparison to the full on programable synth inside the SY-1000, but it’s definitely a lot more approachable and pedalboard-friendly. You’ve everything from ripping leads, to warm pads, to delicate bell tones at your disposal. (Though, the Boss demo video above is real heavy on traditional guitar shredding.) Oh, and it’s fully polyphonic, which we’ve come to expect from Boss synth pedals, but it’s still worth calling out.

There’s two foot switches for giving you some control over live variation while playing, but you can also connect an expression pedal, or control parameters and program changes via MIDI. You’ve got 128 preset slots for saving and recalling your favorite sounds. And last, but definitely not least, there are send and return jacks for blending in other effects in parallel with your synth sounds.

Author: Terrence O&#39;Brien {authorlink}
Engadget is a web magazine with obsessive daily coverage of everything new in gadgets and consumer electronics https://www.engadget.com/rss.xml